Israel Likud MKs: PM Netanyahu ‘Tired of Being Pushed Around’ by Partners
Israel 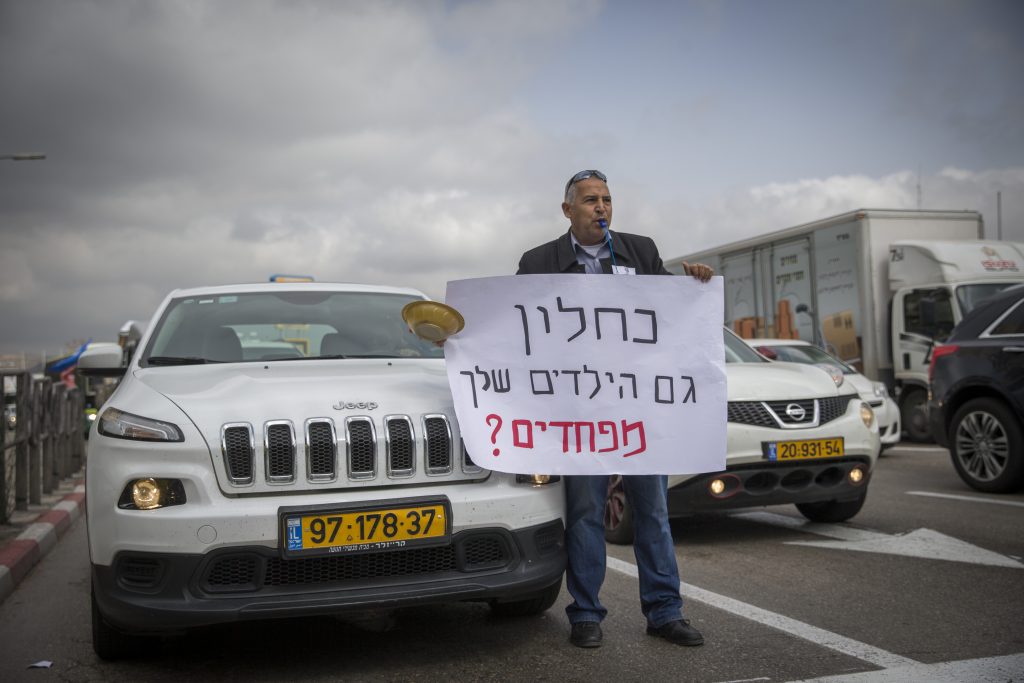 With Prime Minister Binyamin Netanyahu declaring that he is prepared to go “all the way” to elections if need be in order to preserve the coalition agreement, MKs from coalition partners large and small weighed in on the possibility of new elections. Most MKs from the Likud who weighed in said that elections might not be a bad idea, while those from smaller parties argued that elections right now were not necessarily a good idea.

A dispute between Netanyahu and Finance Minister Moshe Kachlon on whether to keep to the plan to replace the Israel Broadcasting Authority with the new Israel Broadcasting Corporation as of April 1st has developed into a full-blown coalition crisis, with Netanyahu saying before he left on a state visit to China early Sunday that he had “had enough” of coalition partners failing to live up to their agreements with him. “A government lives and dies by its coalition agreements, and the agreement we have with all parties is that they are required to follow the Likud’s lead on media and communication issues,” the Prime Minister said. “That includes closing the IBC.”

Netanyahu had originally been in favor of shuttering the IBA, but has since changed his mind. Speaking on Kol Chai Radio Sunday, Likud MK Oren Chazan said that smaller parties in the coalition knew how to make demands to fulfill their agenda, but were less amenable to helping the Likud carry out its agenda. “We bend over backwards to help them, but when it comes to helping us carry out our platform they are nowhere to be found. This hurts us with our voters, and small parties have to realize that being in a coalition is a matter not only of taking, but of giving.” Sources in the Likud said that Netanyahu sees Kahlon, with whom he has had a number of disagreements, as a burden, and undeserving of a position as prestigious as Finance Minister for such a small party – which, according to recent polls, is likely to shrink by as much as half if new elections were held now.

Chazan said that he was speaking on behalf of a large number of Likud MKs, but not all are in agreement. Transport Minister Yisrael Katz said that there was no reason for elections now. “There are no differences of opinion in the coalition on the really important matters,” Katz told Yediot Acharonot. “You don’t call new elections over which broadcasting company will remain in business. There is no support in the Likud for this.”

In response, Culture Minister Miri Regev said that Katz represented “only himself in this matter. “No one in the Likud is afraid of elections,” she told Army Radio. “Let the public decide whether or not coalition agreements should be respected. We cannot have a situation where each time the Likud asks that its agreements be enforced we get excuses from our partners as to why they should not be enforced. This is not about the IBC versus the IBA, but about the principle of coalition agreements.”

Less interested in elections now is Defense Minister Avigdor Liberman, who said Sunday that “there is no reason to break up the coalition. Everyone realizes that elections are the last thing Israel needs right now,” he told Army Radio. “I hope that when the Prime Minister returns from China he will allow the normal operation of the government and coalition.” Agreeing with him is Jewish Home chairman Naftali Bennett. “I call on everyone to act with responsibility and prevent expensive and unnecessary elections that will harm Israel’s economy and our citizenry,” he said in a social media post. “With good will, this crisis will pass.”