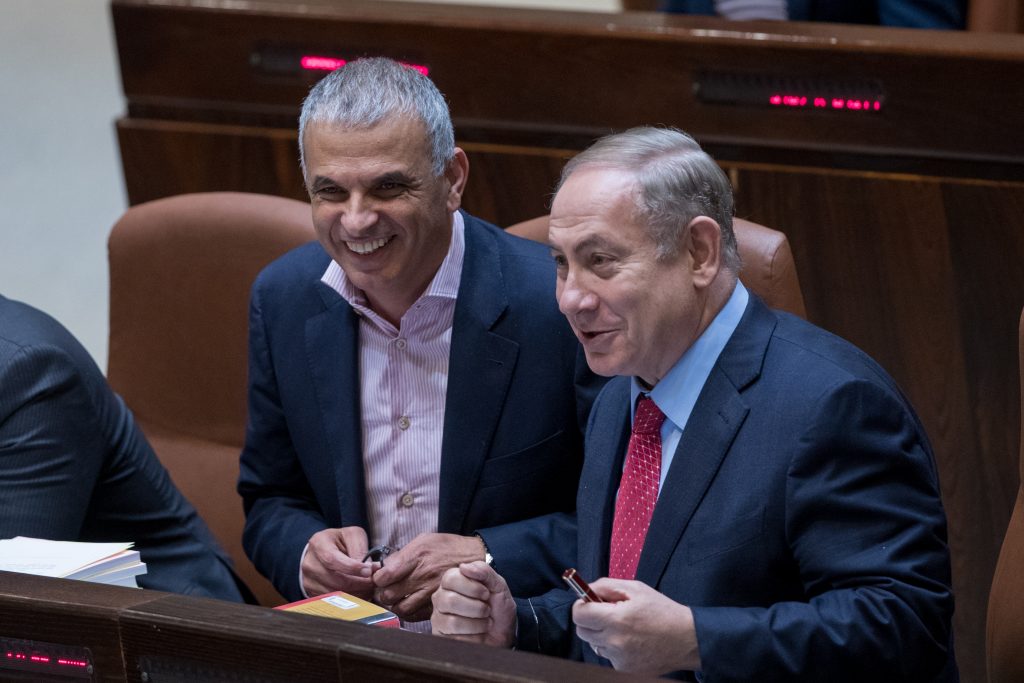 In a message to Finance Minister Moshe Kachlon before his departure for China, Prime Minister Binyamin Netanyahu said that he was prepared to break up the government and call for new elections over the issue of the closure of the newly-established Israel Broadcasting Corporation, which is to replace the Israel Broadcasting Authority on March 31st. The issue of IBA versus IBC has turned into a political “hot potato,” with Netanyahu deciding along with other ministers to force Kachlon to submit to the Likud’s position and support the IBA.

Originally an advocate of shuttering the IBA, Netanyahu has changed his opinion and supports keeping it open. In recent days, Netanyahu has accused the IBC of having a leftist political agenda, and says that it will cost more to support than the IBA, defeating the purpose of shutting down the Authority.

Speaking early Sunday as he boarded a plane for his state visit to China, Netanyahu said he was prepared to go “until the end” on the matter. “A government lives and dies by its coalition agreements, and the agreement we have with all the parties is that they are required to follow the Likud’s lead on media and communication issues,” the prime minister said. “That includes closing the IBC.” Kachlon and his Kulanu party, meanwhile, have remained quiet about the controversy, preferring not to comment in public.

But political observers said that the “crisis” was more about Netanyahu’s interest in advancing elections now than in preserving the IBA. Internal Likud polls show that Netanyahu is more popular than ever, and that he may be seeking to provoke elections in order to take advantage of this, solidifying his political base before rivals in the Likud can organize, or before an indictment is handed down against him in one of the corruption investigations going on.

Indeed, a weekend poll shows that if elections were held today, the Likud would receive 26 seats, beating out rival Yesh Atid by one seat. The Channel Ten poll broadcast Motzoei Shabbos shows Jewish Home coming in third with 13 seats, along with the United Arab List. Zionist Camp would shrink to 10 seats, while Yisrael Beitenu, Shas and United Torah Judaism would get seven each.

Kachlon’s Kulanu party would stand to lose – big, falling from 10 seats to six. Netanyahu and Kachlon have disagreed on a number of issues recently, and political observers said that the prime minister sees Kachlon as a burden, and undeserving of a position as prestigious as Finance Minister for such a small party.

Speaking on Army Radio Sunday, Zionist Camp head Yitzchak Herzog called on Kachlon to quit the government. “I spoke to Kachlon and asked him to join us in setting up an alternative government,” said Herzog. “We agreed to discuss and consider various options, including a vote of no-confidence that would allow for the formation of a new government.”