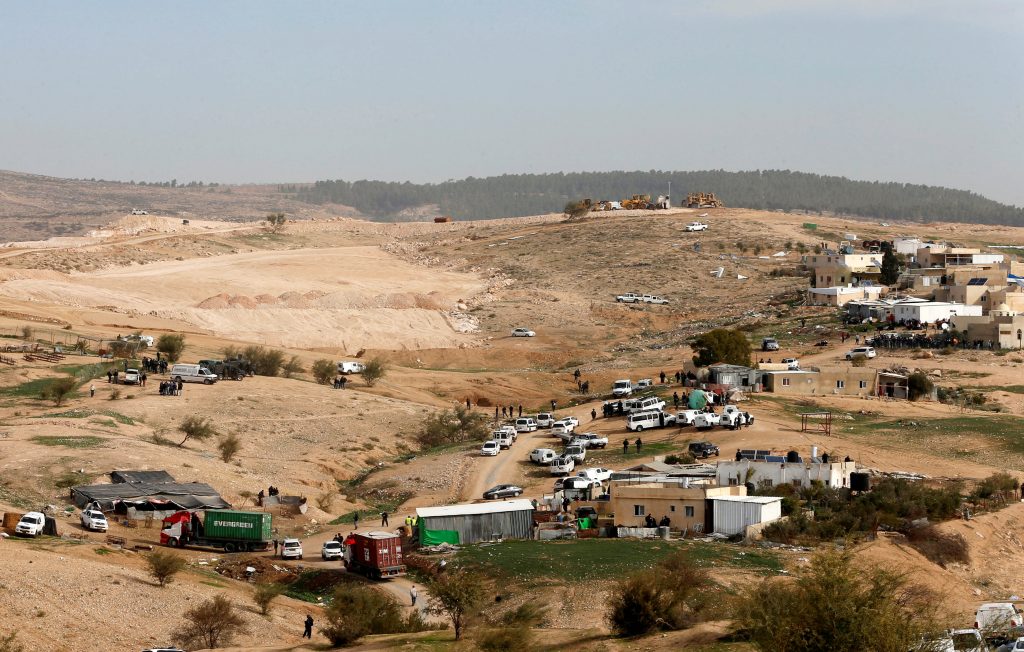 A month after violent protests over the demolition of illegal buildings in a Bedouin village, the cabinet approved a three-billion shekel program for housing, job training and transportation improvement in the Bedouin sector, The Times of Israel reported on Sunday.

The money, the equivalent of about $800 million, is to be spent over a 5-year period, 2017-2022. It envisions 10 new industrial areas, programs for integrating the Bedouin population, the construction of 25,000 housing units, and development of public transportation to service their communities.

During clashes with police a month ago in the unauthorized community of Umm al-Hiran, 1st Sgt. Erez Levi, 34, was running over and killed by a local resident, Yaqoub Mousa Abu Al-Qia’an, 47, who himself was shot and killed in the incident.

Police described it as a terrorist attack, and rejected eyewitness claims that the driver was fired upon before he began to speed into the police line and lost control of the vehicle. However, an autopsy found that a bullet wound in his knee may have caused him to step on the gas pedal.

The incident touched off widespread demonstrations against the shooting and against alleged discrimination that prevents Bedouin from obtaining legal building approval, resulting in illegal housing.

On Sunday, video footage of the incident broadcast on local media appeared to provide further evidence that it was not a terrorist attack. It shows al-Qiyan picking up speed only after he was hit by police fire.

The footage was turned over to the Police Investigation Unit (PIU) for review as part of the investigation into the January 18 incident.