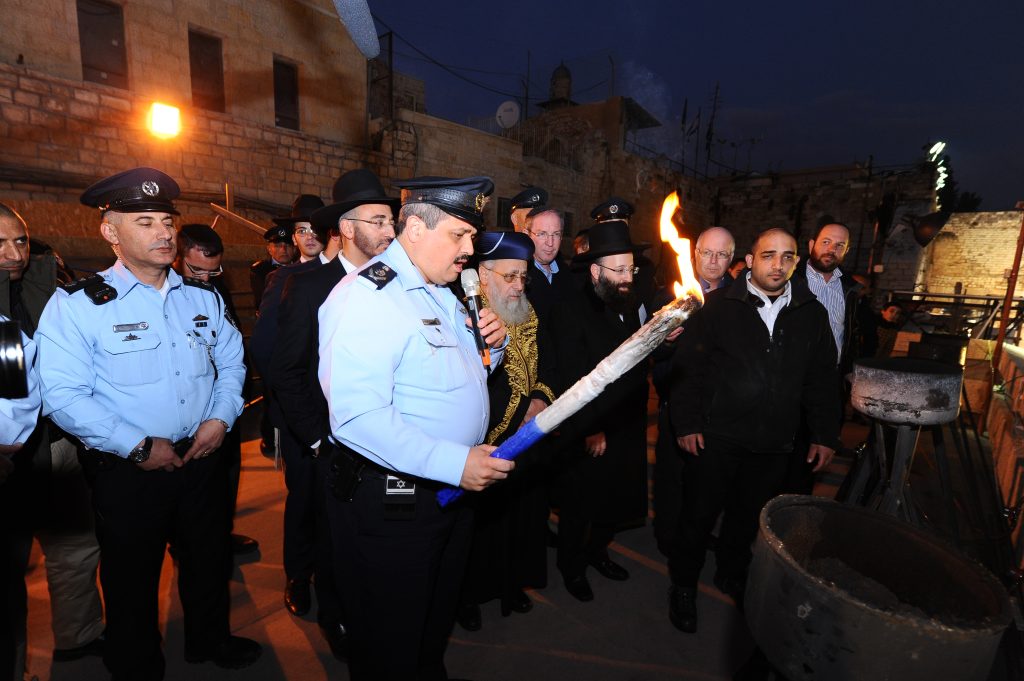 IDF troops neutralized a female Arab terrorist at the Kalandiya checkpoint early Friday. The terrorist approached soldiers brandishing a knife. She refused to halt when ordered to by troops, and kept advancing. Soldiers shot and wounded her. B’chasdei Shamayim, no soldiers were injured in the incident.

There were several incidents of rock throwing Thursday night in Yerushalayim and across Yehudah and Shomron, but for 2016, the number of terror incidents, especially in the Yerushalayim area, had shrunk significantly, Israel Police Commander Roni Alsheich this week. At a Chanukah candle-lighting ceremony at the Kosel on Wednesday, Alsheich said that “after great efforts we have tamped down the terror threat, to the point where people again feel safe in Yerushalayim .”

Addressing thousands of people who had gathered at the Kosel, Alsheich contrasted this Chanukah, when Yerushalayim and the Old City was filled to capacity, with last Chanukah, when “people were afraid to come to Yerushalayim. The terror attacks of two years ago have been largely stopped, and now Am Yisrael is celebrating its holiday here, at the closest spot to the place where candles were lit in the Beis Hamikdash.”

Security experts have noted the changes as well, and attributed them to the investment made by Alsheich and Public Security Minister Gilad Erdan in personnel and resources. Large number of police officers patrol troubled areas nightly, preventing small incidents from turning into large ones, and preventing both Jews and Muslims from gathering at flashpoints when incidents do break out. In addition, they said, a large effort to patrol “cyberspace” and detect attacks and riots that are organized over social media has played an important role as well.