Israel Refinery Fire in Haifa Burns into the Night
Israel 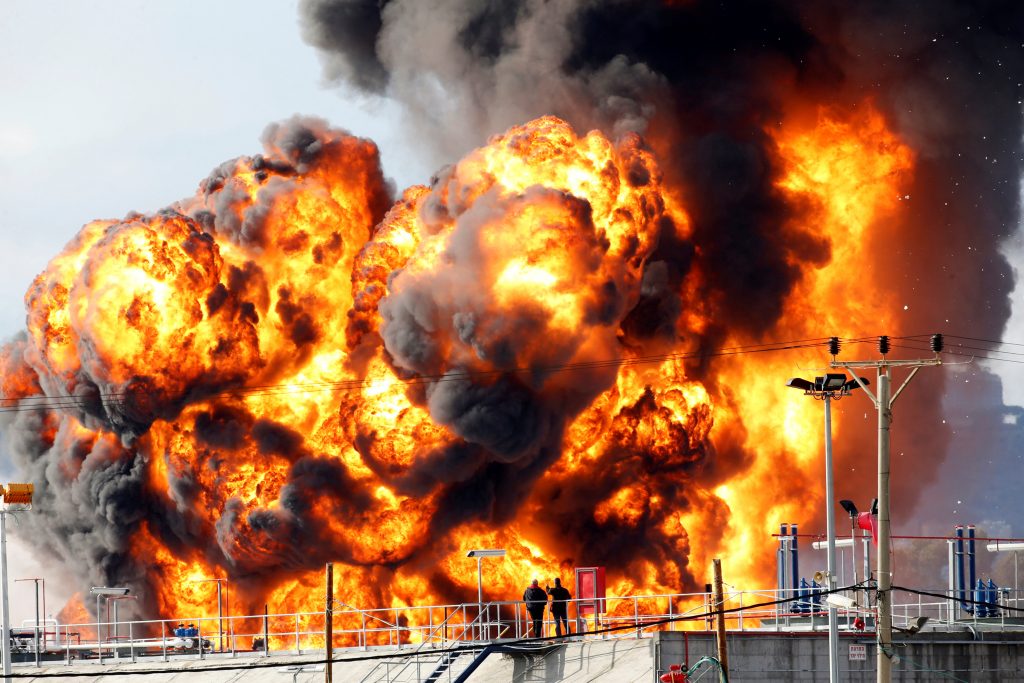 The huge fire that broke out in an oil refinery in Haifa during the morning was still burning Sunday night, as some forty firefighting crews struggled to bring it under control.

B’chasdei Shamayim, no injuries were reported, though drivers on nearby Route 22 told Ynet that the fire had nearly engulfed them. “The flames almost reached travelers. It could have ended like the Carmel disaster,” said a driver, referring to the 2010 fire which killed 44 people and destroyed 12,000 acres of forested land.

Shortly after 11:30 am, firefighters managed to reach the roof of the burning refinery and pour foam on it from several directions. They described the progress as “a significant relaxation.”

Firefighters were reportedly baffled as to why the conflagration was so protracted, given the amount of oil that had been set ablaze.

“It isn’t clear. According to the representatives of the refinery the amount (of oil) was supposed to have been finished a long time ago,” said a firefighter. Not surprisingly, it was later determined the quantities involved had been miscalculated.

Investigations are currently underway as to whether the fire was caused by static electricity. When the fire broke out, the container was in the process of being emptied into another one.