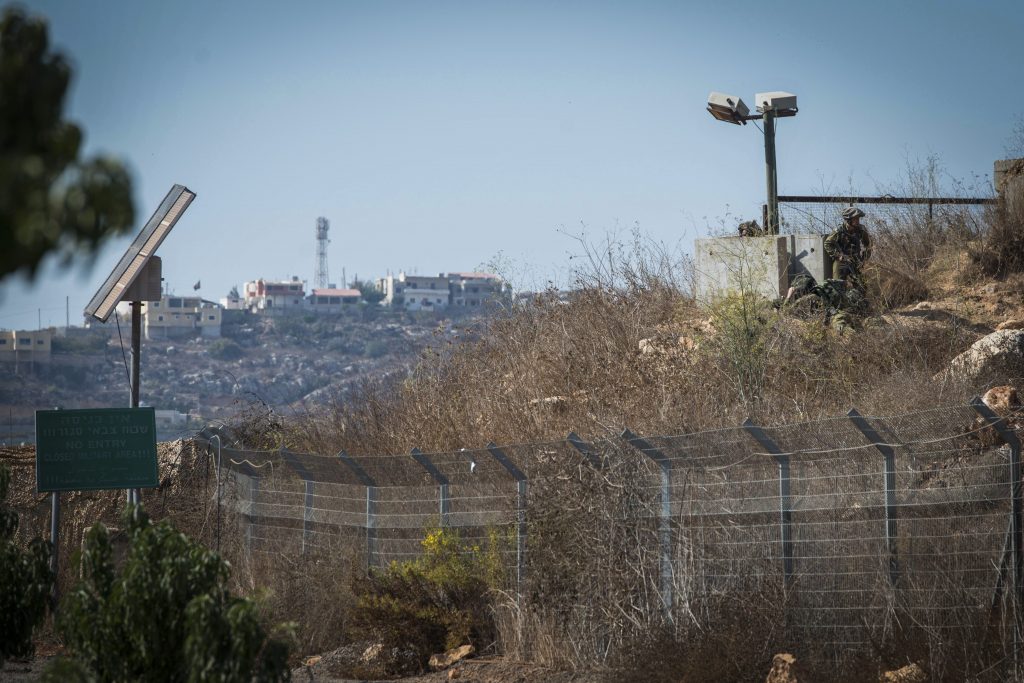 In the wake of a shooting incident on the Lebanon border this week, it was reported on Thursday that the IDF has been taking special precautions to meet a potential attack by Hezbollah forces in the Galil panhandle.

The Israeli Northern Command is completing a three-year project to build a 20-mile-long border fence and providing training for engineering battalions working in the high-threat area, Ynet said on Thursday.

The border area has been flagged by the IDF as a vulnerable point, easily infiltrated and hard to seal off against terrorist commandos, which it believes Hezbollah is planning to send into the area.

The project consists of a series of barriers made of reinforced concrete panels dozens of feet-high concrete blocks, fortified towers and upgrades to existing fences that were installed in the 1980s.

As Col. Zaky Yeffet of the Northern Command explained, the job is not an easy one, and there isn’t any foolproof solution.

“We can’t dig everywhere, so we found other solutions such as reinforcing the border fence and we placed large boulders near Hanita to act as an obstacle against possible infiltration. The concrete panels we also placed in the areas guard against small arms fire and anti-tank missiles. Additionally, we cleared brush wherever we could along the border to allow us to see approaching threats easier.”

Over a million and a half landmines in 4,000 separate fields contribute heavily to the risks of operating in the area. The IDF periodically replenishes the fields, but it is working to thin them out as much as possible to minimize the risks to Israeli soldiers.