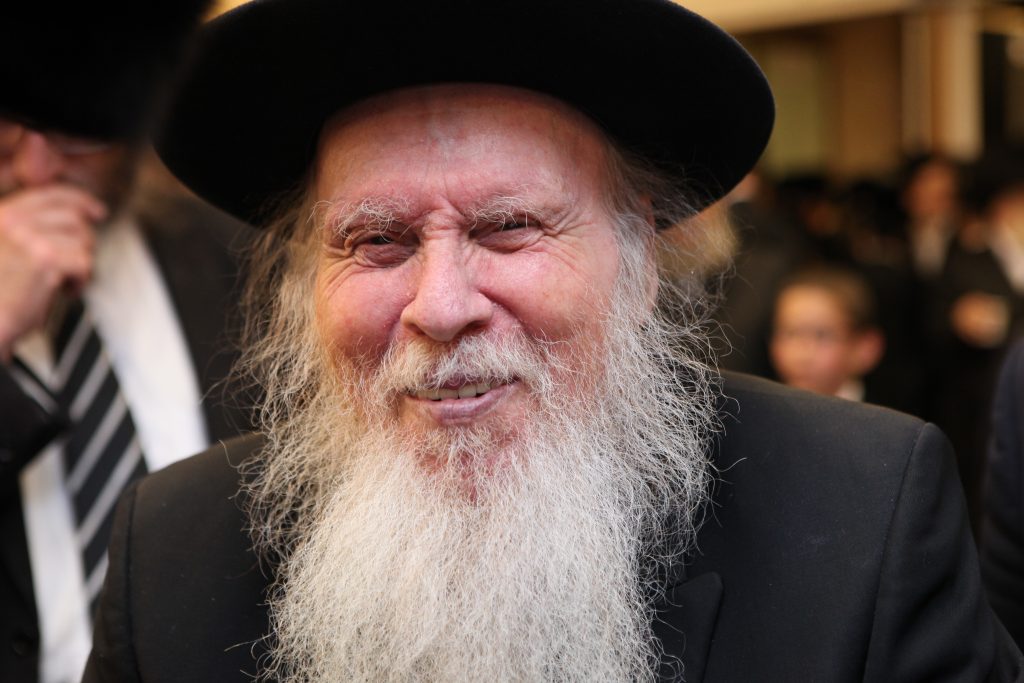 Klal Yisrael as a whole, and the residents of the city of Modi’in Illit in particular, were shocked and saddened by the news of the sudden petirah of the Rosh Yeshivah of Mir –Brachfeld, Hagaon Harav Aryeh Leib Finkel, zt”l. He was one of the leaders and veteran marbitzei Torah in the city of Modi’in Illit, and was tireless in his efforts to infuse the younger generation with a love of Torah and yiras Shamayim, and to imbue them with the pure chinuch that has been passed down through the generations.

Despite the Rosh Yeshivah’s ill health this past year, he continued to maintain his daily schedule of shiurim and harbatzas Torah. The news that the Rosh Yeshivah had collapsed in his home late Tuesday night sent shockwaves through the city and as Hatzolah spent a long time trying to revive him, his talmidim davened fervently that the efforts would succeed. However, it was not meant to be, and the Rosh Yeshivah was summoned to the Heavenly Yeshivah.

Harav Finkel was a bridge to earlier generations, having drawn on the Torah wellsprings of his forebears and rebbeim, including Hagaon Harav Eliezer Yehudah Finkel, zt”l, in whose presence he grew up, and his father, the Mashgiach Harav Chaim Zev Finkel, zt”l.

The passuk says “And Yaakov left Be’er Sheva and went to Charan.” On that Rashi explains: “Why does it mention his departure? It tells us that when a tzaddik leaves a city, it leaves an impression, because as long as he is in the city, the tzaddik is its glory, its brilliance and its splendor. When the tzaddik departs, so does the glory, brilliance and splendor.” Regarding “hadarah,” the splendor, the Gemara says in Yoma (53b): “Vayeitzei mibas Zion kol hadarah, mai kol hadarah – chadarah.” And gone from the daughter of Zion is all her splendor, with the Gemara paraphrasing the hadarah, splendor, as chadarah, room. Rashi explains, “Kol hadarah ganuz bechadrei chadarim, all of its glory was hidden inside the rooms.”

Aside from the Rosh Yeshivah’s harbatzas Torah in the yeshivah, many came to his home, learning in the chadarim, in privacy there, as he infused them with a love of Torah. His home on 20 Rabi Akiva Street, across from the yeshivah, was a center for Roshei Yeshivah and marbitzei Torah, for parents and educators, for talmidim seeking wisdom, for those who wanted to glean yiras Shamayim, as well as for many who sought his advice on issues of preserving the sanctity of Klal Yisrael.

The tzibbur of bnei Torah in Modi’in Illit and beyond benefited from his wise counsel and guidance. He was known for his intense ahavas Torah, yiras Shamayim and the pure Torah hashkafah he imparted. He applied all these when guiding his students and followers to protect the mesorah, helping them guard all that is holy to Klal Yisrael against harmful outside influences.

In addition to the breadth and depth of his Torah knowledge and his great wisdom, he possessed sterling middos. Modi’in Illit is a large city comprised of people from all different communities in Klal Yisrael, yet everyone admired and respected him greatly.

Residents of the city streamed towards the yeshivah from early Wednesday morning to pay their respects to the revered Rosh Yeshivah. A sense of mourning hung in the air at the loss, not only for the city, but for Torah Jewry at large.

May the yeshivah that he established and nurtured continue to thrive, bringing comfort to all who mourn him, and may the memory of Harav Aryeh Finkel continue to illuminate the city. May he advocate for, lhbch”l, his family, the residents of the city, his multitudes of talmidim and for all of Klal Yisrael that we merit the Final Redemption, and may these days of mourning be transformed to days of rejoicing with the arrival of Moshiach.