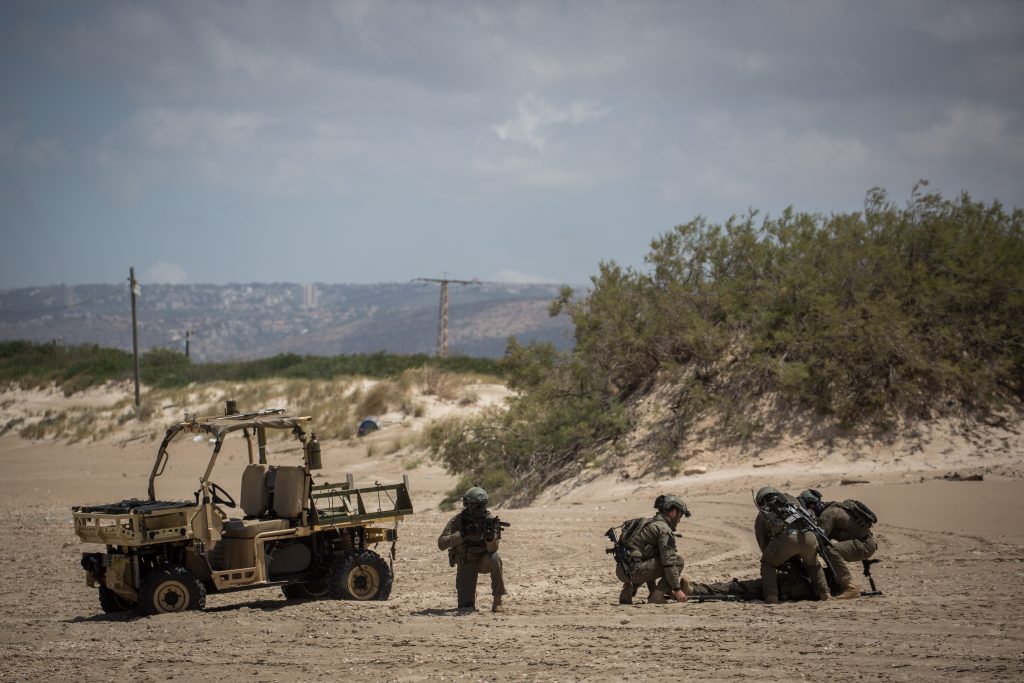 The National Emergency Authority is testing this week national and local responses to a massive wave of potential rocket and missile fire from Hizbullah in Lebanon and from Hamas in the Gaza Strip. The exercise will test the readiness to evacuate hundreds of thousands of civilians from their homes and move them to safe places, in case of emergency, fearing that the enemy will try to launch tens of thousands of space rockets.

Authority head Betzalel Treiber said that the aim of Emergency Preparedness Week, which began Sunday morning and will continue until Thursday night, is to test responses among all emergency responders and the civilian sector “to potential scenarios that we expect.”

According to Treiber, Hizbullah and Hamas are armed with more than one hundred thousand different types of rockets and missiles, and in an emergency situation, chalilah, they might send much of this arsenal across Israel.

“Therefore,” said Treiber, “we have decided to test the evacuation of hundreds of thousands of civilians from their homes, and the transfer of them to less dangerous places.”

“The emergency system of Israel,” reveals Treiber, “operates under a scenario of evaluation factors in the country, who believe that there is a concrete threat of Hizbullah and Hamas, with the start of the military campaign in the future. And this threat is a very serious challenge and must be tested by the Home Front.

“Hizbullah and Hamas have both realized that perhaps this would be the way to work at the beginning of an offensive, and therefore we have no choice but to begin to prepare for the massive removal of masses of civilians from their homes in a proper manner.

Preparations include ensuring the ability to initiate an evacuation of highly threatened areas. “We are not happy about it,” stresses Treiber, “but we have no choice but to evacuate civilians in both the north and the south, in cooperation with local authorities.

“We understand that, if necessary, we will have to evacuate tens of thousands of people in the South and North. We are cooperating mainly with government ministries and municipal councils.”

Enabling a large urban area to function under fire for a lengthy time is a central focus of this week’s drill.

Hundreds of people from government ministries, local councils, emergency services, water providers, and the Electric Corporation will meet in the coming week to discuss responses.

The current level of readiness in the Israeli home front is “a little better than average,” Treiber said. “We have much to do, like raising awareness, preparing plans for the provision of vital services.”

Foods and medical equipment stockpiles are in a good state, Treiber said.

“Systems, like welfare and health, are better prepared. We have gaps in stockpiling goods, particularly in fuels and refined petroleum,” he added.

According to a poll conducted by the National Emergency Authority, 14 percent of civilians would want to evacuate their homes in case of a massive missile attack; 67 percent would not go to work; 25 percent would feel safe; only 9 percent of parents would send their children to schools; and 92 percent of the public believe that they would know how to respond and what to do in such a situation.

Results of the poll indicate that “there is a problem in the sense of security and safety among people, with an emphasis on the northern border.

“We understand that parents have a significant problem [in sending children to school during a case of war],” Treiber said.

“We will end the drill this week with an entire day devoted to absorb evacuees and the evacuation of the population, on its last day, Thursday. The level of preparedness across Israel,” noted Treiber, “is a medium-plus and we have more to do to improve preparedness. We have the concepts in principle and we are in the stages of advancing the plans into reality. In some areas we are well prepared, but we still have some gaps in other areas and we are working on completion.”

“To argue that we are completely ready,” says Betzalel Treiber, in answer to a question from Hamodia, “would be arrogant, but we are certainly better prepared than we were before. The civil system completed a lot of the missing preparedness, but there are still things that need to be completed. The main things missing are an answer to the lack of fuel and the Infrastructure Ministry is doing a lot to close these gaps. There are a lot of activities taking place these days in the field. One must realize that with the advancement of our enemies, the challenges that face us continue to change over time, and we must adjust ourselves every time to the current scenario. “

Separately, the IDF Home Front Command announced on Motzoei Shabbos that it would hold drills in the Western Galilee in the coming days.

During the exercise, some areas might experience heavier traffic of security vehicles. Fireworks and smoke grenades will also be visible.