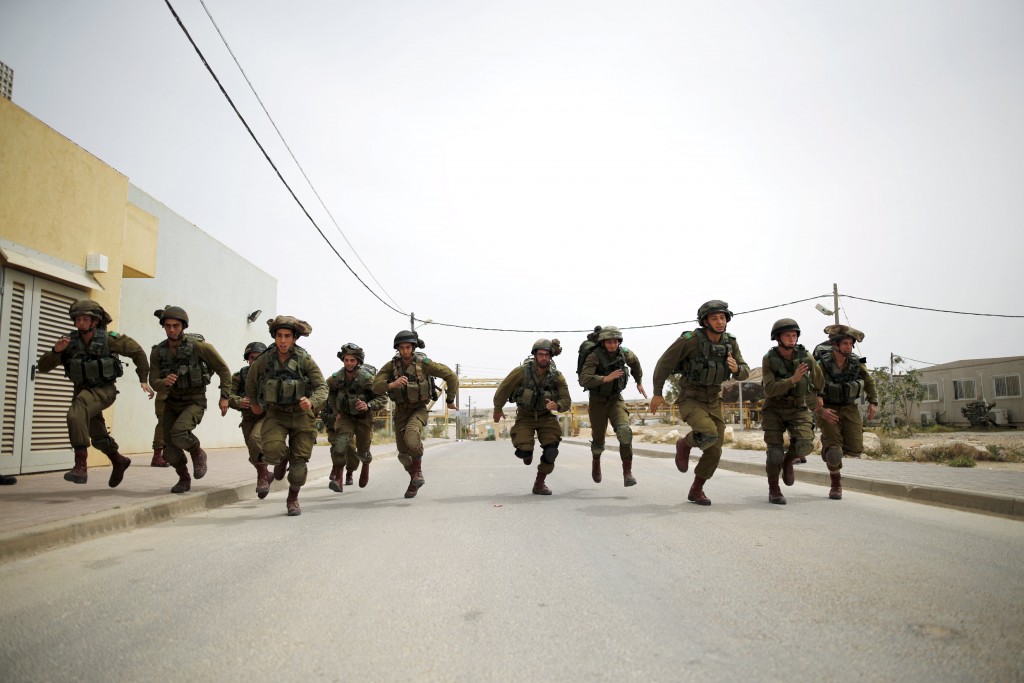 An IDF inquiry into a soldier’s killing of a supine and wounded Palestinian assailant, the first such legal proceedings in six months of street violence, triggered friction on Sunday within Prime Minister Binyamin Netanyahu’s cabinet.

Video taken on Thursday in Chevron by the leftwing B’Tselem group showed the infantryman firing into the head of a Palestinian as he lay on the ground, still moving. Minutes earlier the Palestinian had stabbed and wounded another soldier.

The infantryman has been arrested on suspicion of murder, the military said, and could become the first member of the Israeli armed forces to be charged with murder since a wave of Palestinian terror attacks erupted in October.

The Chevron incident brought to the boil a debate in Israel over whether excessive force has been used against Palestinian terrorists. Palestinian leaders have accused the Israelis of routine extrajudicial killings – a charge that Israel denies.

The infantryman’s family said he had feared the Palestinian might set off a hidden bomb. Supporters circulated an online petition demanding that he be decorated for bravery.

“I state here that this soldier is not a murderer, and that prosecution on a murder charge would reflect a total loss of (governmental) control,” Bennett told Israel Radio in remarks echoed by other ministers, including members of the Likud party.

“Someone got confused between the bad guys and good guys … and I intend to ensure that the soldier has a just trial and not a show trial,” Bennett said.

Netanyahu, on Thursday, responded to the shooting with measured censure, saying the soldier’s action “does not represent the values of the IDF (Israel Defense Forces)”.

He sounded even more circumspect on Sunday: “IDF troops, our children, adhere to high moral standards as they bravely fight blood-thirsty murderers in tough operational circumstances,” he told his cabinet in broadcast remarks. “I am certain that in any situation, including the current incident, the inquiry will take all of the conditions into account.”

In efforts to minimize accusations of excessive force, the IDF has stepped up training meant to keep troops’ shooting accurate and restrained – including training conducted at nine hi-tech ranges where they respond with laser-firing rifles to simulated Palestinian attacks on an interactive screen.

“The first time the soldiers try it out, 30 percent fail – either by freezing up, or through improper shooting of bystanders or of terrorists who no longer pose a threat,” Nadav Sheetrit, who runs the Bagira Systems Ltd. simulator at Camp Tzur infantry training base, told a visiting Reuters reporter.

By the second try, the pass rate is 99 percent, he said.