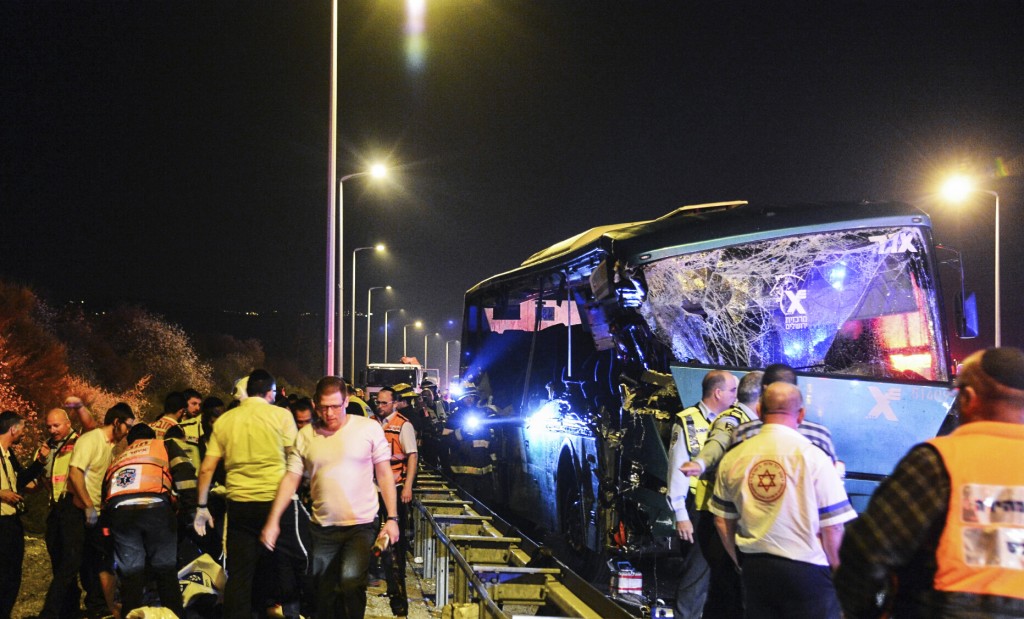 Evidence continued to mount Thursday that the driver of the Egged bus involved in Sunday’s horrific road accident was a “serially” unsafe driver. In testimony to the court last year, the driver described an accident in 2010 in which he was involved – and in that accident, too, as in the current one, he was accused of tampering with the “black box,” the recording device that keeps track of the movements of the bus, how fast it was going, etc.

Six people were killed in Sunday’s accident, when a bus rammed into a truck that was parked in the breakdown lane of the Yerushalayim-Tel Aviv highway in central Israel. Police are seeking to determine if management knew of the driver’s poor driving record before assigning him to the 402 Yerushalayim-Bnei Brak bus route.

It was revealed on Monday that the driver was involved in an accident in 2013 under similar circumstances, and in the same area – and had injured 18 people in that accident, none seriously. Afterwards, Israel Radio reported, the Egged bus company had reassigned the driver to local routes, and taken him off inter-city routes – but several weeks ago he was restored to his previous status, and was assigned routes between Yerushalayim and Tel Aviv or Bnei Brak.

On Thursday, it was revealed that the driver was involved in yet a second accident, this one on Road 443 in December 2010, on the Modi’in-Tel Aviv route. He was then driving for the Violia bus company (now out of business), driving late at night in heavy rain. According to the driver, a car that passed him on the highway splashed rain on the windshield of the bus, temporarily blinding him. As a result, he said, he crashed into an oncoming car, injuring a father and a son.

During the hearing on the accident in February 2015, he was asked about the black box. “I went to the police the next day to report what had happened,” Yediot Aharonot quoted him as saying. “I brought everything I had, including, I believe, the black box.” When informed that police had told the court that they did not have it in their possession, he said, “I understand the direction of this discussion. I do not remember if I brought the box in.”

Reports in Israeli media quoted regular passengers and witnesses as saying that the driver was known to be a dangerous driver. In comments to Israel Radio, one passenger said that the driver was known to “weave back and forth between vehicles, trying to get ahead of the other cars. Passengers would point out his dangerous behavior, but he would ignore them.” The report said that numerous passengers complained about him, and quoted police as saying that they would try to clarify whether that was true or not.