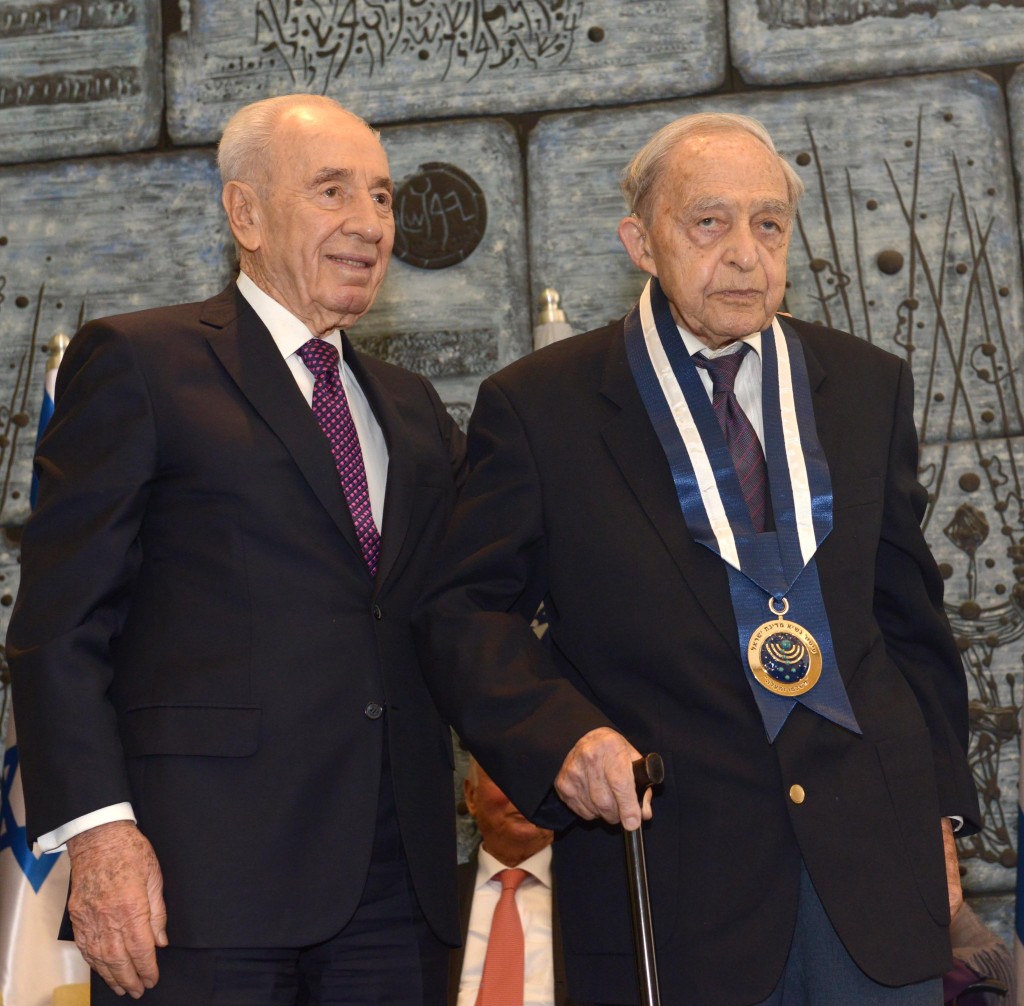 Dr. Harry Zvi Tabor, the man who was responsible for one of the most ubiquitous architectural features on Israeli rooftops – the solar water heater, or “dud shemesh” – has passed away. Dr. Tabor, age 98, was one of the first and premier researchers on solar energy in Israel, and was responsible for many of the country’s early advances in the field, including and especially developing the home version of the solar water heater, which takes advantage of Israel’s copious sunlight.

Born in London in 1917, Tabor immigrated to Israel in 1949, assisting Holocaust survivors being held in detention camps in Cyprus to illegally sail to Israel. An advanced physics researcher, Tabor established the National Institute for Physics, completing his doctorate at Hebrew University.

In 1955, Tabor developed the black stripping that was able to successfully collect solar energy and connect it to a mechanism to heat water – the basis of the solar water heater. He continued developing the project and by 1960 had installed the first solar water heaters in his home – and the electricity and fuel-saving idea proved so popular, the rest is history.

According to government officials, solar water heaters have saved the Israeli economy tens of billions of shekels in electricity costs, as well as significantly cutting air pollution.

After the popularization of the water heaters in the 1960s, and winning numerous scientific and national prizes for his accomplishment, Tabor began developing other projects – including a fully functional electric car. Unlike his previous invention, however, the Tabor electric car did not prove as popular as the dud shemesh.

In an interview in 2007, Tabor said that the reason for that was probably that electric cars were not really on the world’s radar at that time, although he did get inquiries from several automakers later on who had heard about his invention.

Two years ago, Tabor received the President’s Prize for Life Accomplishment, one of Israel’s most prestigious awards, from then-President Shimon Peres. Eulogizing Tabor in an article Tuesday, Peres wrote that Tabor was “a symbol of Israeli innovation – a man who, with the invention of the solar water heater, has had an impact on the lives of millions of people over many generations, and inspiring scientists and entrepreneurs in the area of solar energy and in scientific research in general.”