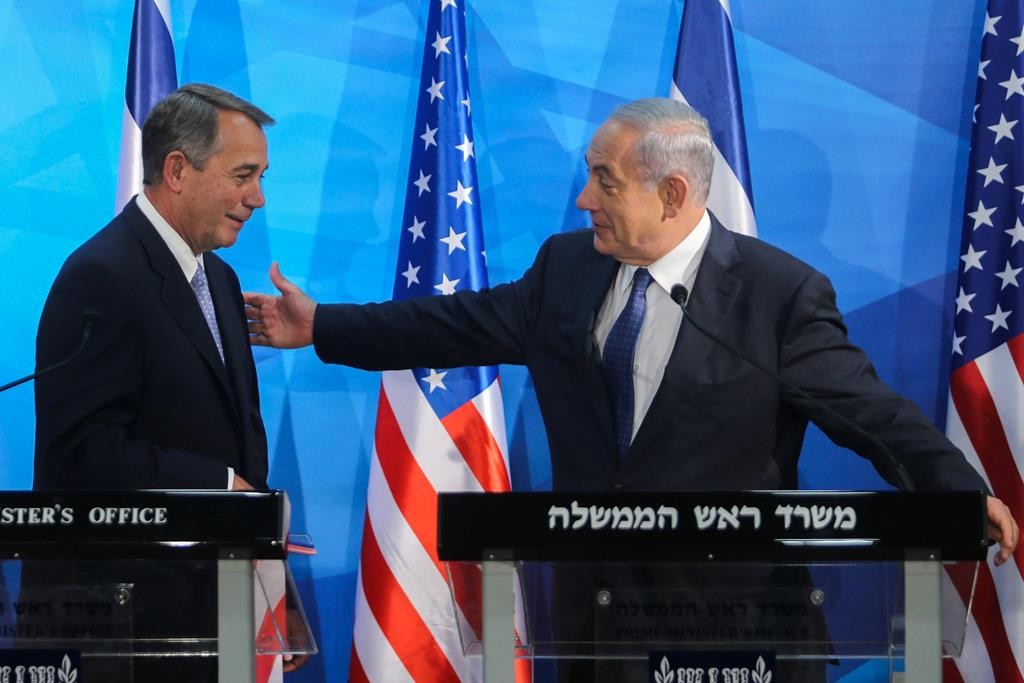 Speaker of the U.S. House of Representatives John Boehner (R-OH), whose invitation to Israeli Prime Minister Binyamin Netanyahu to address Congress led to a U.S.-Israeli rift, chided the Obama administration from Yerushalayim on Wednesday for failing to meet the challenges posed by the Middle East.

“Our delegation has spent the last five days throughout the Middle East. And regardless of where in the Middle East we’ve been, the message has been the same. You can’t continue to turn your eye away from the threats that face all of us,” Boehner said at a meeting with Netanyahu.

As the U.S. and other global powers extended the deadline for negotiations with Iran, Netanyahu again said they must turn back from the brink.

The West’s discussions will give Iran “a path to the [atomic bomb],” a development that Israel finds “unconscionable,” said Netanyahu.

“Yesterday an Iranian official said          Israel’s destruction is non-negotiable,” he added. “However, giving Iran’s murderous regime the bomb is negotiable. This is unconscionable.”

“Now is the time for the international community to insist on a better deal,” Netanyahu said.

He thanked the delegation “from both sides of the aisle for the warm welcome you gave me in the U.S. Capitol.”

Also on Wednesday, President Reuven Rivlin met with a bipartisan delegation of congressmen, headed by Rep. Michael Turner (R-OH), chairman of the House of Representatives Subcommittee on Tactical Air and Land Forces.

“We are sitting here in Yerushalayim, but our thoughts are focused on … Lausanne,” Rivlin said.

“There is yet to be a clear picture of what is happening there, and reports are contradictory, but we are of course greatly concerned by the possibility that Iran would achieve nuclear capabilities. A nuclear Iran is not only a threat to Israel; naturally we are worried as they call from the podium of the United Nations for Israel’s end.”