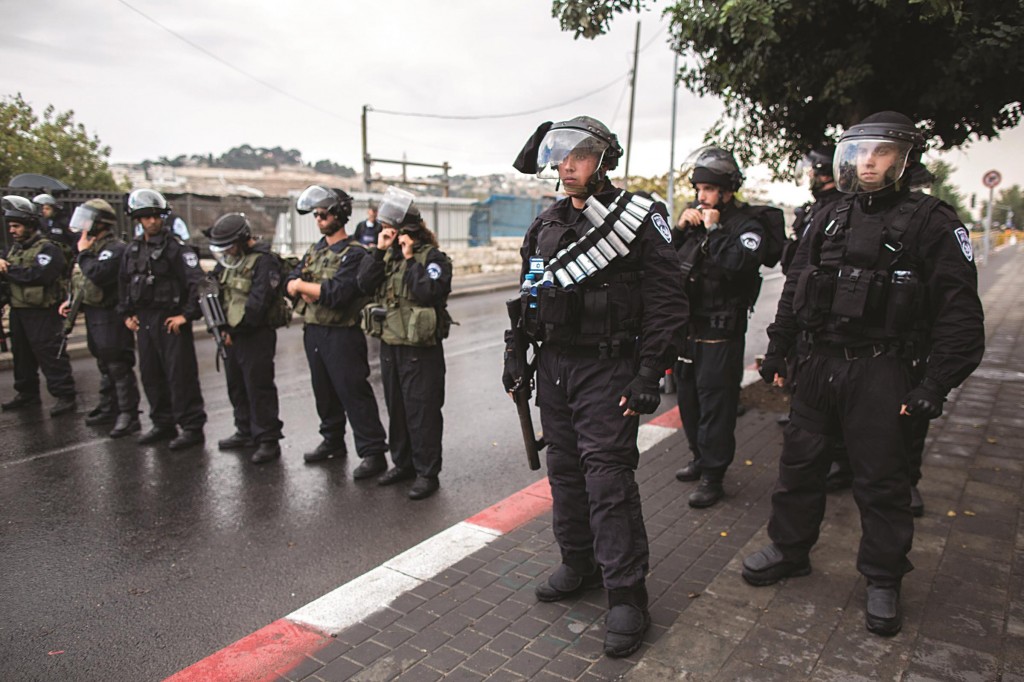 “Alongside our determined stance for our rights, we are determined to maintain the status quo for all the religions in order to prevent an eruption,” Netanyahu said.

The prime minister noted that he had spoken as well with Knesset Speaker Yuri Edelstein to enlist his help in persuading members of Knesset to refrain from any actions or statements that would further inflame the situation, and that he had also been in contact with U.S. Secretary of State John Kerry, who had expressed concern about the escalating violence.

Israeli police have been deployed in large numbers to quell Arab rioting at the site and in east Yerushalayim in recent months.

Israel has accused Abbas, who has called for banning Jews from the holy site, of inciting the violence.

“It is very easy to ignite a religious fire but much harder to extinguish it,” Netanyahu said.

Moshe Feiglin, a lawmaker from Netanyahu’s Likud party, defied the prime minister’s call to exercise restraint regarding the issue and visited the site earlier in the day, though without incident. Feiglin and others have been calling for greater access to Har Habayis to Jews.

As he left the site, ringed by armed police, Muslims chanted “Allahu Akbar” (“G-d is Greatest”).

According to halachah, Jews are prohibited from entering the area.

Israel reopened the site on Friday to Muslim males over 50 and to women, under leaden gray skies and heavy pouring rain. No clashes were reported after prayer services ended around mid-day.

The military also said there were clashes in at least five other locations, though no injuries were reported.