Israel With Families In the Line of Fire, Emotions Run High
Israel 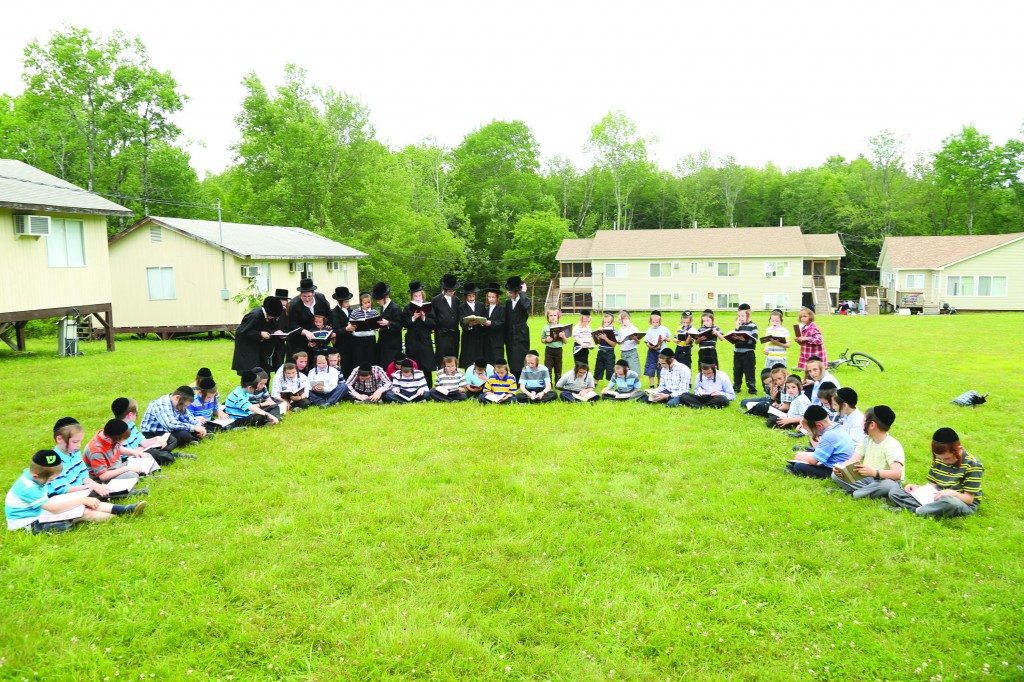 While rockets batter communities throughout Eretz Yisrael, the hearts of those in America with loved ones facing this daily threat are filled with a combination of trepidation for the safety of their friends and family and awe at how people are able to adjust their lives to this unfortunate reality.

“When we call, they always say that everything is fine,” said Shemayah Morgan, whose parents live in Kiryat Sefer, told Hamodia,

“When I call and ask my father about rockets, he says ‘Really?
There were rockets?’” He related.

Even in areas that have heard air-raid sirens over the last week, many report equally nonchalant reactions.

Mordechai Schiller, with children living in Yerushalayim and Ramat Beit Shemesh, told Hamodia about a conversation with his grandson; “I spoke to my 12-year-old einikel and asked him what was doing.  He told me; ‘Not much; a little war.’”

Casual attitudes from those in the line of fire do little to soothe the nerves of their parents, children, siblings and friends on this side of the ocean.

“My dear friend’s third yahrtzeit is this Shabbos. Her husband and four children live in Petach Tikva. I called this afternoon and there was no answer,” one Flatbush resident who asked not to be identified, related. “I worry for them. Are they running to bomb shelters? How are they?”

Despite their worry,  families marvel at the adjustments that those living under these conditions make to cope with daily life.

One concerned mother and grandmother, whose has children living in Yerushalyim, Ashdod, and Arad told us the following; “Unfortunately, Arab terrorism has become so commonplace that all of the Gerrer chadarim study the same limudim every week so that if families have to evacuate to a different city the children can go to any cheder and be up to the same passuk.”

At the same time, to see such a “normalcy” from afar is in itself heart-wrenching. She showed this reporter a clip from the security camera from her son’s shtiebel in Ashdod of men and children of all ages running out of the beis medrash and into the shelter upon hearing the sirens.  “Look at this. Is this normal?” she asked sadly.

“When I heard the news and made frantic phone calls, my children were calming me, saying, ‘Mommy you only hear the bad news. You don’t know the minute-to-minute miracles that happen here… .’ But, that does not stop me from filling every free minute of my free time with Tehillim to keep them and all of Klal Yisrael safe.”