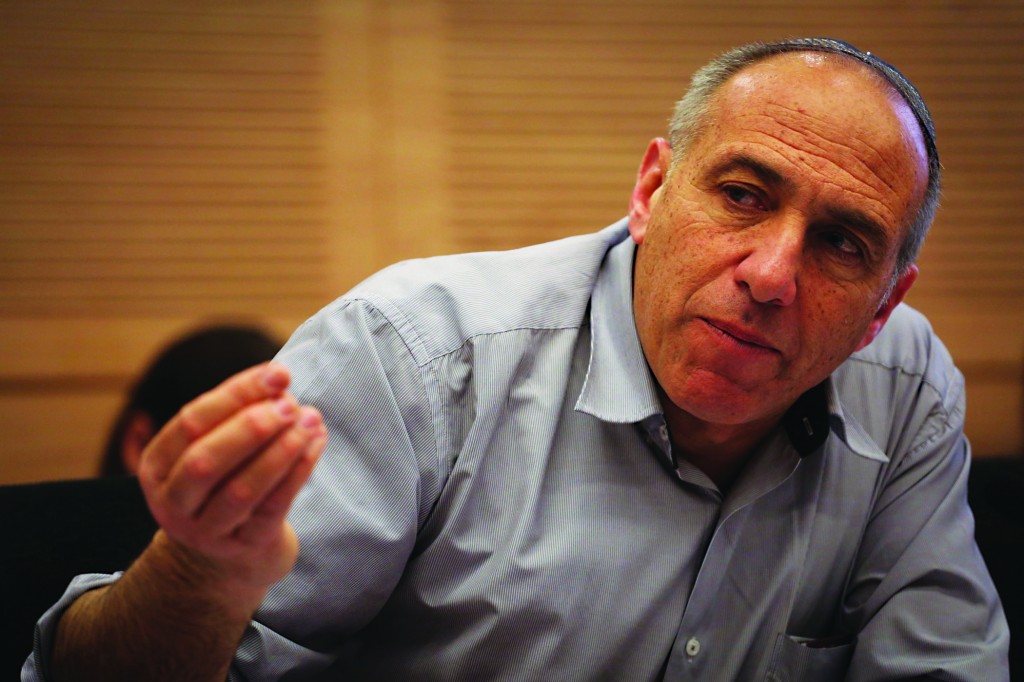 The Knesset’s Committee for Equal Bearing of the Burden was treated to an unexpected volley of criticism of the recently passed chareidi draft law, as it convened to monitor its progress on Tuesday.

The law, ostensibly aimed at increasing chareidi enlistment in the IDF, has had the opposite effect, as was predicted by chareidi MK’s well before its passage.

Jewish Home MK Moti Yogev, who opposed the coercive features of the law, namely  criminal sanctions on chareidim who refuse to enlist (but ended up voting for the law), called the decline in enlistment “the fruits of the coercive law,” and pointed an accusatory finger at Yesh Atid, which led the campaign for the law.

“In practice, the atmosphere on the chareidi street as a result of this law has become opposed to enlistment,” Yogev said. “The Law for Equality in the Burden of Military Service will [in the future] be thought of as ‘the injurious law’ to the enlistment and participation of chareidim in the IDF and the Civilian Service.”

Chareidi enlistment in the Civilian Service is also down. It was frozen after the passage of the law because no legal framework was provided for it; the old basis of the Civil Service Law, which was the now-defunct Tal Law, could not be used as a legal form of service. Those enlisting to it count towards the fulfillment of the government targets for chareidi enlistment.

Sar-Shalom Gerbi, director of the Civilian Service program, said that as a result they have not been able to meet their goal of 1,300 volunteers for July of this year. Prior to the freeze, 801 enlisted; none since then.

MK Elazar Stern (Movement) lambasted the bureaucracy, saying it should not take more than a month to revise the law, and called it “a disgrace.”