Israel Coalition Crisis Over Tree Planting Not Over Yet
Israel 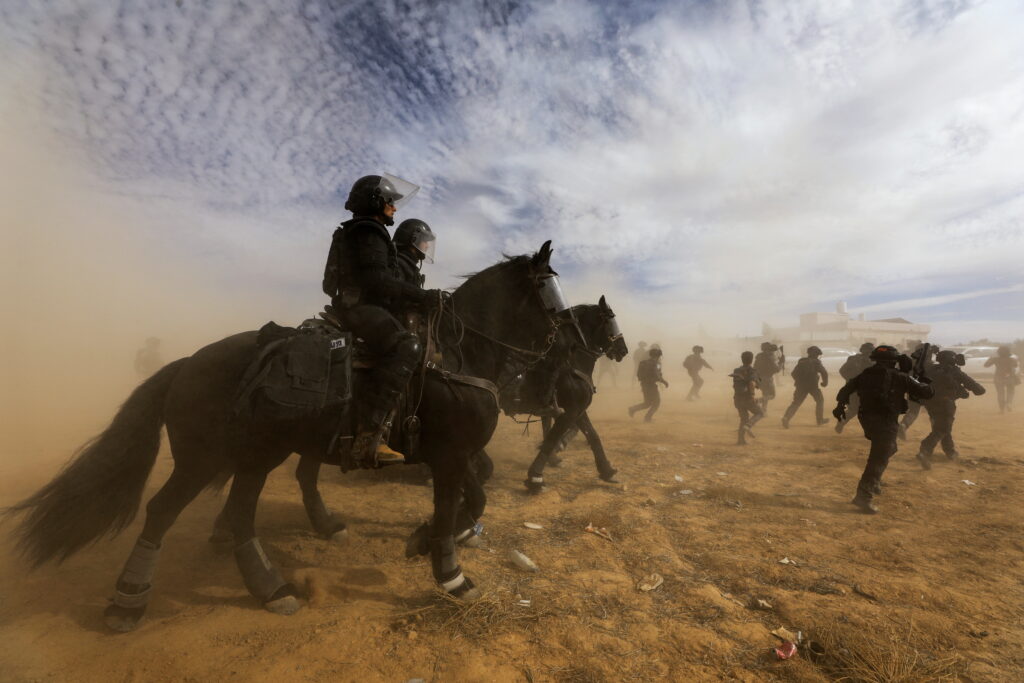 The contentious tree planting in a Bedouin area of the Negev came to an end on Wednesday evening, and along with it the coalition crisis it precipitated, at least for the time being.

Although the KKL-JNF said that the work was scheduled for completion on Wednesday in any case, right-wing critics denounced the departure of the bulldozers as a “surrender to terror,” according to The Times of Israel.

Welfare Minister Meir Cohen, who holds the government portfolio on the legalization of Bedouin villages, said that Ra’am and its coalition partners agreed to hold negotiations starting Thursday to reach a permanent resolution of the issue.

Thus, the most serious coalition rupture to date was put on pause.

Earlier on Wednesday, a temporary halt to tree-planting in the Negev ahead of Tu B’Shevat gave the coalition a chance to catch its breath, but the crisis wasn’t over.

Officials from the Ra’am party, which had stopped voting with the coalition until planting was stopped, were expected to join talks brokered by Welfare Minister Meir Cohen sometime on Wednesday.

But until an agreement is reached that will satisfy them, they remain non-voting members of the coalition. It remains to be seen whether they will accept anything less than a permanent stoppage of tree planting in Bedouin areas, which is what they have demanded.

At the peak of the controversy Wednesday morning, Ra’am MK Mazen Ghanaim declared that he no longer saw himself as part of the 61-member coalition, thereby jeopardizing its existence.

“From today, I am against this government until it stops all planting activities,” Ghanaim wrote online. “It does not make sense to allow this government to continue while they are trying to stop us from living with honor on our land.”

Another Ra’am MK, Waleed Taha, also threatened to resign from the coalition over the planting.

Reports said all heavy machinery involved in the forestation program would be removed from the area while the discussions were held.

Knesset Speaker Mickey Levy sought to downplay the crisis, telling Ynet that “there will be ups and downs, there is a natural disagreement on certain issues.”

Ra’am MK Walid Taha, denounced the tree plantings on Wednesday and said a solution needed to be found.

“What is required of us is to exhaust all the existing methods and tools in order to stop the plantings and prevent this crazy policy from happening again in the coming year,” he told Ynet.

The controversy over the planting began a few weeks ago, when KKL-JNF began foresting in a region settled by Bedouin from the al-Atrash tribe. A local Bedouin municipal official estimated that thousands of people live on the ground intended for foresting and were in danger of expulsion as the planting continued.

The government has determined that the land is publicly owned, but the local Bedouin residents claim it is theirs.

Eleven people were arrested Wednesday morning in a second day of clashes with police.