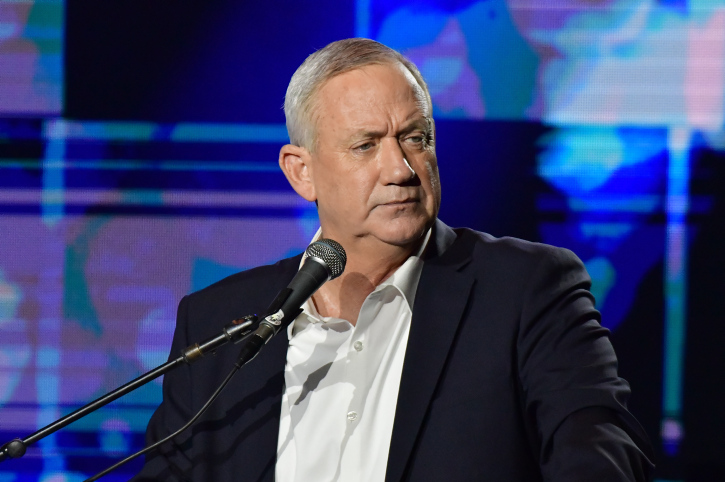 Defense Minister Benny Gantz said on Thursday that diplomatic and military solutions to the Iran nuclear weapons threat are not an either/or problem.

“In terms of Iran, we must influence our partners and to have ongoing discussions with them. Our other obligation is to build a military force, which is an important issue by itself. I ordered [the military] to improve its force build-up, in parallel to our discussions with our strategic partners,” Gantz said after being asked about a possible strike on Iran’s nuclear facilities, according to The Times of Israel.

The comment comes a day after the Washington Post quoted senior Israeli officials saying they have told the White House that the U.S. must not reach a partial nuclear deal with Iran, as it would encourage it to increase aggressive activities in the Mideast.

Asked what would represent a “best case scenario” in terms of a revamped nuclear deal, Gantz answered that it would be one that dealt not only with the issue of uranium enrichment but with missiles and Iran’s backing of proxies throughout the Middle East.

“A good deal would be a deal that sealed the holes of the current deal in terms of nuclear enrichment, launch systems, the deal’s duration, and what Iran is doing in the region,” he said.