Israel U.K. to Label Hamas as a Terrorist Organization
Israel 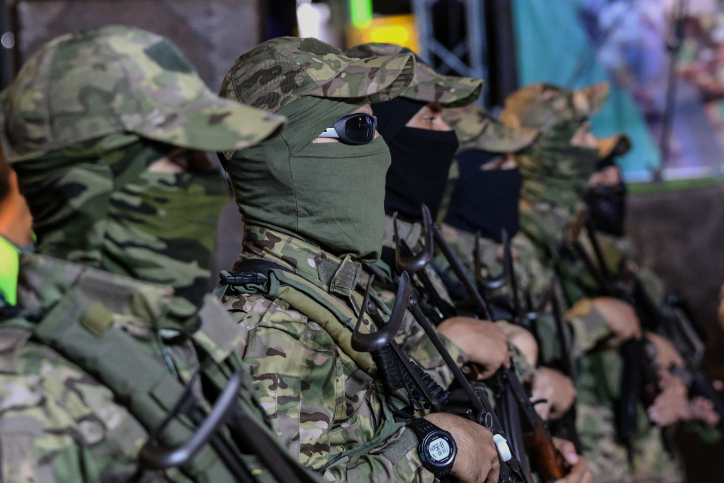 Hamas will be declared a terrorist organization by the British government, the Guardian newspaper reported on Friday.

According to the paper, supporters of the Islamist group could face up to 10 years in jail.

Home Secretary Priti Patel is expected to announce the significant policy change during a security speech she is scheduled to deliver later Friday at The Heritage Foundation in Washington.

Since 2001 the U.K. has recognized solely Hamas’s military wing as a terrorist organization, but now it will extend recognition to the political wing of the militant Palestinian group that controls the Gaza Strip as well.

The United States, the European Union, Israel and Japan, have similarly designated Hamas in its entirety as a terror organization. Australia, New Zealand and Paraguay have only applied the terror label to Hamas’s military wing.

Foreign Minister Yair Lapid said in a statement that “the United Kingdom’s anticipated decision is another achievement for the Ministry of Foreign Affairs and Foreign Minister Lapid’s policy of bridge-building diplomacy, and is the result of joint efforts with Prime Minister Bennett, Defense Minister Gantz, and the security services. It comes after dialogue and diplomatic work on the issue, and is part of the strengthening relations with the United Kingdom.”

“This is an important and significant decision that gives U.K. security forces additional tools to prevent the continued strengthening of the Hamas terrorist organization, including in Britain itself.

“The announcement anticipated today is the conclusion of an intimate and successful dialogue between Israel and the United Kingdom led by the Ministry of Foreign Affairs, the security services, and our Embassy in London led by Ambassador Tzipi Hotovely, and we thank the British for their fruitful cooperation on this issue as well.”