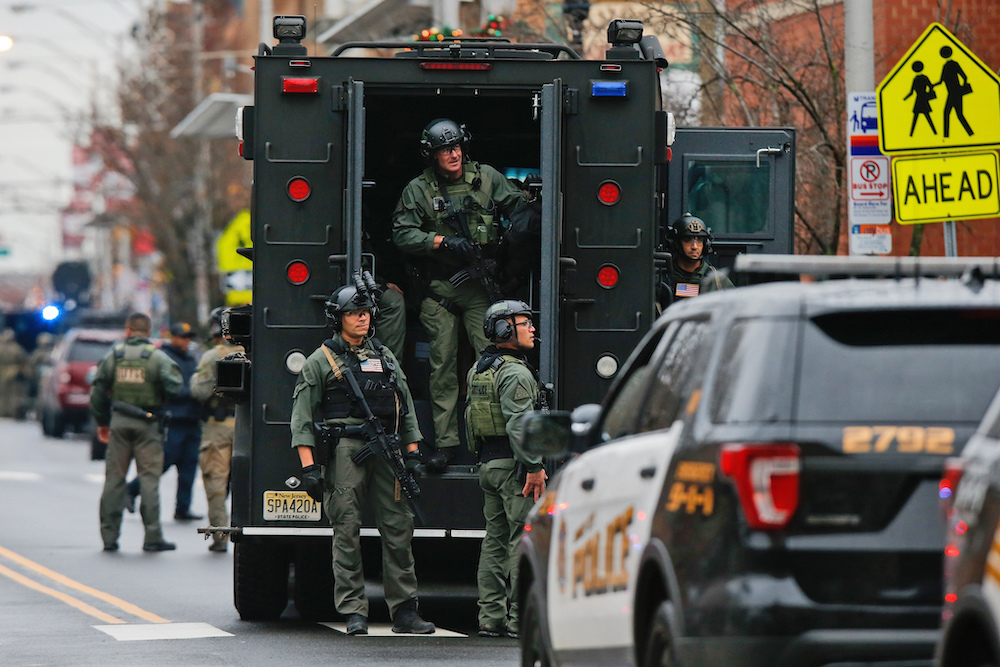 A grand jury in New Jersey has cleared numerous police officers who killed two suspects in an 2019 shootout at a kosher market that left a detective and three people dead.

The state Attorney General’s Office on Wednesday announced the panel “found the actions of the officers were justified” after reviewing the facts, evidence and testimony about what transpired during the three-hour firefight at the JC Kosher Supermarket in Jersey City on Dec. 10, 2019.

David Anderson, 47, and Francine Graham, 50, gunned down Det. Joseph Seals at a nearby cemetery before they entered the market where they killed Mindy Ferencz, Moshe Deutsch and Douglas Miguel Rodriguez Barzola. Two police officers were wounded.

At the time, then-Attorney General Gurbir Grewal said the case was investigated as domestic terrorism because he said the assailants were driven by hatred of Jews and law enforcement.

Grewal also said the outcome would have been far worse if not for the police because a Jewish school was next to the market.

New Jersey law permits an officer to use deadly force “when the officer reasonably believes it is immediately necessary to protect the officer or another person from imminent danger of death or serious bodily harm,” the attorney general’s office said.