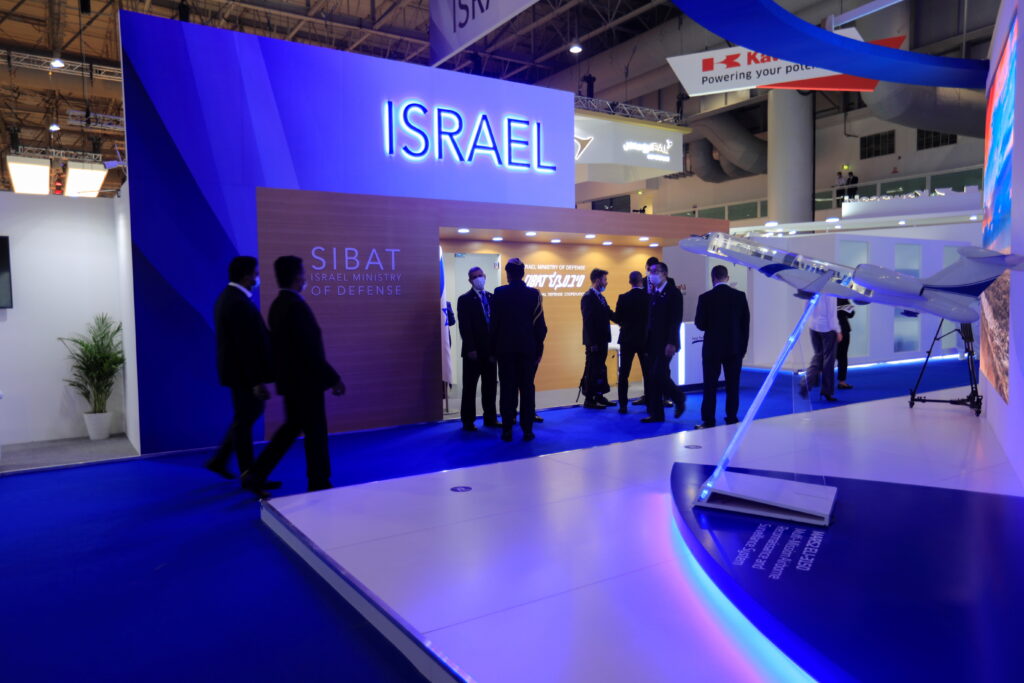 Israeli defense company Elbit announced on Sunday the establishment of Elbit Systems Emirates (ESE), a subsidiary that will work with the UAE Armed Forces to develop new technologies.

Elbit vice president Ran Kril hailed the move, saying, “The Abraham Accords provide a sound basis for business collaborations in the region,” calling the UAE one of the region’s “important new markets” for the Israeli company.

The news was timed to coincide with the Dubai Airshow. Israeli Air Force commander Amikam Norkin was in the UAE over the weekend to attend the Airshow, after his Emirati counterpart visited Israel last month to observe Israel’s largest-ever joint military drill.

Defense Minister Benny Gantz and other senior officials are slated to visit Dubai next week to inaugurate “the first ever national pavilion” at the air show, Gantz’s office said in a statement.

Elbit, which makes the Hermes armed drone and cutting-edge surveillance technology, among other products, will be exhibiting at the airshow, along with other Israel defense firms, including Rafael.