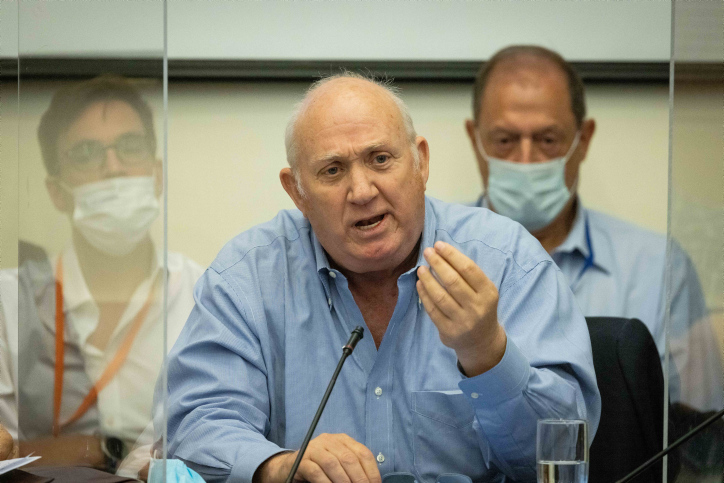 ​​At the conclusion of Wednesday’s heated discussion in the Economic Affairs Committee on the cost of living in Israel, Committee Chairman MK Michael Biton (Blue and White) announced that the committee intends to deal with the issue in an “in-depth and methodical” manner, with the goal of reducing prices, “because the reforms we made are not enough.”

During the debate, MK Biton demanded to know whether the retail chains coordinate prices. Shufersal supermarket chain CEO Itzik Abercohen replied: “Tell me, are you people normal? I’m answering your question – no.”

Last weekit was reported that Shufersal, Israel’s largest supermarket chain, was offering a website targeted at ch​areidi shoppers with lower prices than those on its mainstream shopping site. Shufersal responded to the public outcry by suspending the website. On Tuesday, Competition Authority agents raided the offices of Shufersal, the Victory supermarket chain, food producer Strauss Group and food importer Diplomat Holdings, saying they were suspected of violating laws pertaining to fair market competition.

Committee Chairman MK Biton said, “This is a difficult morning in the State of Israel… The Economic Affairs Committee, which I head, has repeatedly said that prices in Israel will not go down and the cost of living will not change unless we deal with the top of the food chain.” Biton said the Competition Authority did not act fast enough. “Over the past few years, we have not seen such determined actions of the Competition Authority and the Ministry of Economy. They have to wake up at once and handle this on a weekly basis,” he said.

Acting Competition Authority Director General Adv. Michal Cohen said the investigation began before the committee meeting was scheduled. She refused to address the allegations or provide any details of the investigation, but said she plans to present to the committee more legislative amendments “that will make it possible for the Authority to deal with the cost of living.”

Economist Prof. Yaron Zelekha argued that “the problem is not the retail chains, but the prices of the monopolist manufacturers.” Abercohen said in response: “Finally, there are some brave people here.”

MK Biton asked the heads of the supermarket chains whether the profits do not justify a price freeze. Rami Levy, owner of the supermarket chain that bears his name, replied: “Then freeze the property tax and the price of electricity as well.” Abercohen said Shufersal’s profit margin is the same as that of other supermarket chains around the world. Levy said the state was responsible for the high prices. Committee Chair MK Biton and MKs Ram Shefa (Labor) and Ofir Sofer (Religious Zionism) asked Levy to reveal his supermarket chain’s gross profit margin and accused him of deceiving the public. In response, Levy said he did not know who MKs Shefa and Sofer were, at which point Committee Chair MK Biton expelled him from the meeting. “You will not speak disrespectfully like that here,” he said.

Chairman MK Biton summed up the meeting and declared that competition laws would be enforced more strictly than they have in the past. “If anyone thinks this investigation will end with fines of NIS 50 million and an indictment for someone, they are wrong. The committee will not allow it anymore. We will investigate matters and check with the Competition Authority every month to see if there is a need to declare someone as a monopoly or cartel,” he said, while calling on the Ministry of Economy to present detailed plans for dealing with the cost of living during an upcoming meeting of the committee with the participation of Minister of Economy Orna Barbivay.

“The food and marketing chain determines the price at the final stop,” he stated.