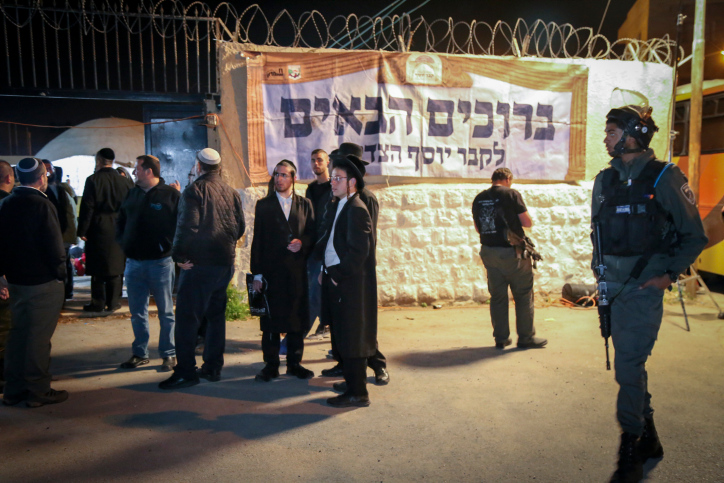 Palestinians and Israeli security forces clashed in the vicinity of Kever Yosef in Shechem on Tuesday night, according to Palestinian media.

Palestinian rioters placed burning tires in the middle of streets in the city in order to impede security forces and mispallelim who were set to daven at Kever Yosef later in the night.

Over 1,000 mispallelim came to daven at Kever Yosef. This is the first time in several months that the Kever Yosef compound has been opened for mispallelim.

“The Jewish people will not give up on this site or any other holy site. We expect the government to understand this message and to enable Israelis to visit holy sites at all hours of the day, and to restore Israeli sovereignty – in action, not just in words,” said Shomron Council head Yossi Dagan, who was in attendance.