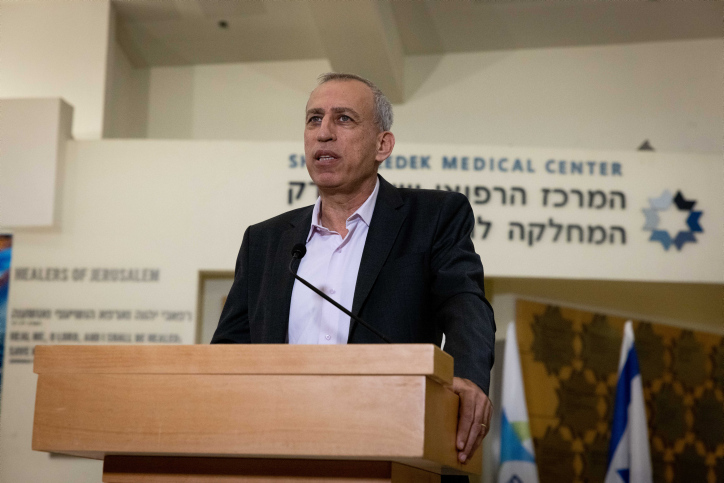 A court in Tel Aviv persuaded four doctors who were suing senior health official Dr. Sharon Alroy Preis for calling them “COVID deniers” to drop the charge and settle the matter without litigation, The Times of Israel reported on Sunday.

“The head of public health services called me a ‘coronavirus denier, antivaxxer’ for no reason and without any basis,” Dr. Amir Shachar, one of the plaintiffs, told Kan public radio.

“I disagree with government policy, but I do not deny the coronavirus nor do I oppose vaccines,” he said.

Shachar and his colleagues criticized the previous governmentfor its handling of the third wave, and in particular for imposing nationwide lockdowns.

Alroy-Preis responded to the video they made at the time by saying those who participated in it are “coronavirus deniers and antivaxxers” who were trying to undermine public confidence in the health system.

However, on Sunday the Tel Aviv Magistrate’s Court judges recommended that the plaintiffs not pursue the case further, writing that “the court has no choice but to express hope that the discourse between the professionals in charge of the fight against the coronavirus will be professional, matter-of-fact, and respectful.”

The doctors agreed to end the suit.

The Health Ministry lauded the outcome: “Dr. Sharon Alroy-Preis will continue to act with determination and with a public mission to maintain public health, to conduct pragmatic and professional dialogue in the appropriate forums, to promote information aimed at increasing public trust, without being deterred by defamation and threats.”

Alroy-Preis arrived at the hearing with a heavy security detail in the wake of threats against her life.

Health Ministry Director-General Nachman Ash said that the hounding of the head of public health at the ministry “should be condemned and action must taken against it.” He told Radio 103FM that he hoped police would catch the culprits.

Ash said he had spoken to Alroy-Preis the night before, and that though she is having a “hard time,” she has no intention of giving up her position.

Ash revealed he was also getting threats but that they are “much less” than those targeting Alroy-Preis. “I don’t feel that I’m in danger,” he said.