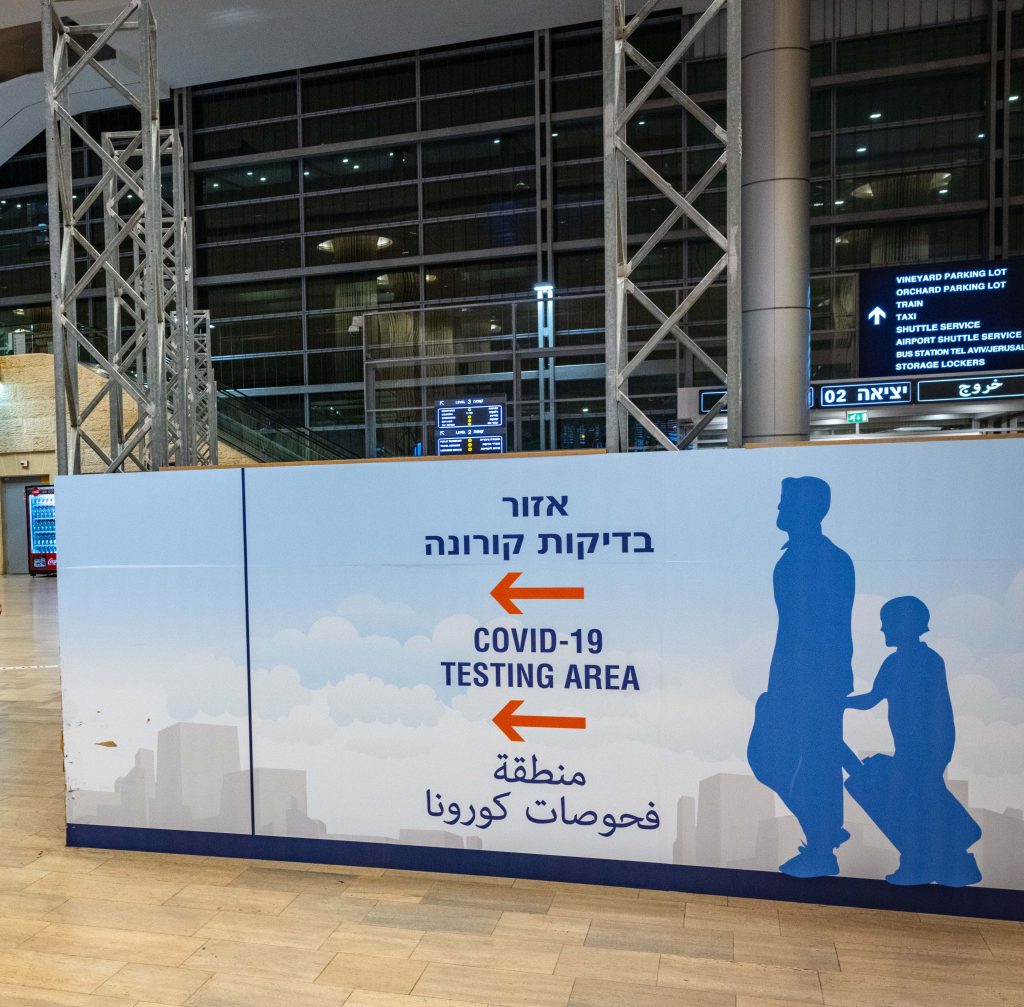 From Monday, Nov. 1, Omega Company (Check2Fly) will give way to Pangea, which will take over operation of the PCR testing for Covid-19 at Ben Gurion Airport.

The switch follows a legal battle that began when Omega, together with Rambam Hospital, won an Israel Airports Authority tender to operate testing for departing and arriving passengers. Testing for arriving passengers is currently operated by Femi Premium, which replaced Omega a few months ago after the court disqualified the latter’s tender win.

Since then, Omega has been left with the testing for departing passengers, and that will now be transferred to Pangea.

Omega’s lab will continue to operate at Ben Gurion’s Terminal 1 until Nov. 21, and will operate in parallel to Pangea’s labs for three weeks. From Wednesday, Nov. 3, Omega will open an additional testing station, at Dizengoff Center in Tel Aviv, and it will operate from Sunday to Friday. A third lab will later be opened at Ramat Hachayal in Tel Aviv. At this stage, these Omega labs are offering rapid tests only.

Omega itself charges NIS 135 at the testing station it recently opened at the Azrieli Mall in Tel Aviv for a rapid test with a result within four hours.

The requirement to undergo a test for COVID-19 before taking a flight out of Israel depends on the destination country. All passengers flying to the U.S. are required to undergo testing, but not those flying to France, for example. Countries change their policies frequently. Last week, for example, Italy decided to impose a testing requirement for Israeli arrivals from one day to the next.

It is recommended, however, to undergo a test in any event, if only to avoid the embarrassment of being found positive in the test carried out overseas before returning to Israel. Israel requires all arriving passengers to have undergone a test within 72 hours of the flight to Israel. Tourists coming to Israel under the scheme for incoming tourists that will apply from Nov. 1 will also have to undergo testing before they return as required by their home countries.