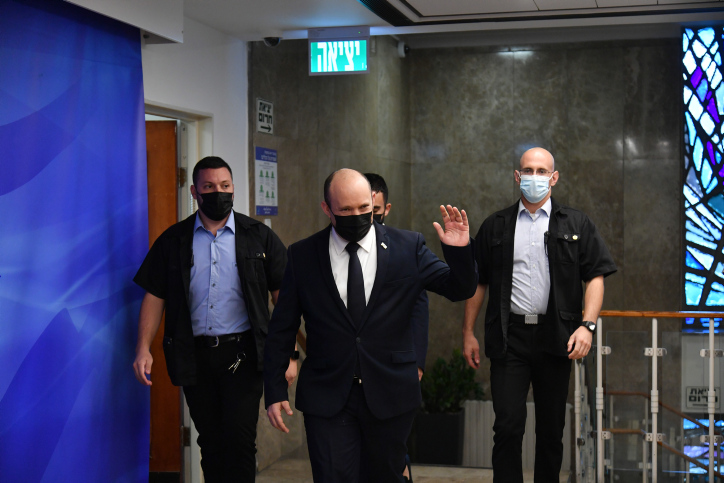 Prime Minister Naftali Bennett came to the defense of a senior health official who has been receiving death threats due to her efforts to encourage Israelis to get vaccinated against coronavirus.

“The anti-vaxxers’ war of disinformation against Dr. Sharon Alroy-Preis and others needs to stop,” said Bennett in a statement released by his office.

“The vaccines are our Iron Dome against the coronavirus. They save lives and allow us to keep Israel open and functioning. Ignore the fake news; go get vaccinated.”

While Bennett did not mention the threats to Alroy-Preis, the Health Ministry’s Head of Public Health, Israeli media carried a tweet by her husband, Meir Preis, which he addressed to police and the public security minister.

“I am turning directly to you,” he wrote. “There are concrete threats against the life of my wife (Sharon Alroy-Preis). You know this, there are messages on social media, there are phone numbers, there are clear threatening phone calls. You have the materials. This is the time to act, now, before it’s too late!” he wrote.

Public Security Minister Omer Barlev responded: “I completely and fully condemn the threats against Dr. Alroy-Preis. There is no room for this kind of discourse against anyone, and certainly not against public servants and experts in their field like Dr. Alroy-Preis.”

Barlev, whose ministry oversees the police, said that three complaints have been filed in relation to such threats “and they are currently under investigation. I am confident that the Israel Police will complete the investigation in a serious manner and get to the root of the issue.”

The threats against public officials in connection with the vaccination campaign has been going on for some time.

In protests held outside Alroy-Preis’s home earlier this year, there were chants of “Nazi murderer” and “daughter of the devil,” while some wore yellow stars comparing COVID restrictions to the persecution of Jews in the Holocaust.

In late August, an anti-vaccine activist was indicted for making death threats against Education Minister Yifat Shasha-Biton and her family.