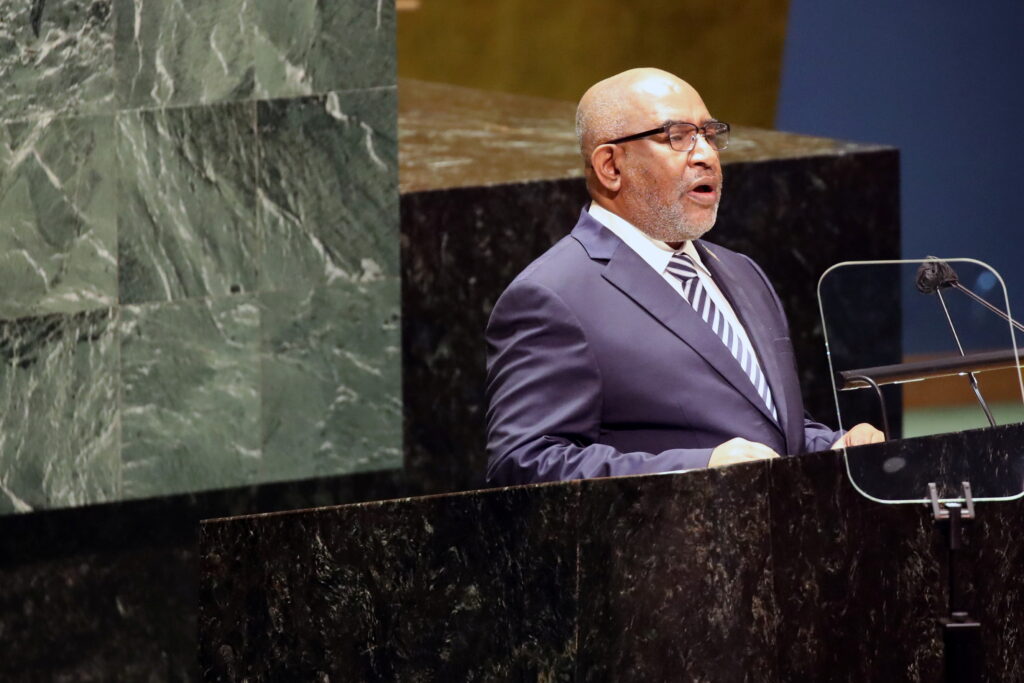 Israel is in talks to normalization relations with Comoros, a Muslim-majority island country off the coast of eastern Africa, a senior diplomatic source said Monday.

The United States reportedly brought the two countries together for discussions on the Arab League member, establishing diplomatic ties with Israel, and the talks have continued on a bilateral basis.

Comoros lies in the Indian Ocean, between Madagascar and the mainland countries of Mozambique and Tanzania. It is the only Arab country entirely in the Southern Hemisphere.

The administration of President Joe Biden has expressed interest in building on the Abraham Accords agreed to last year between Israel and the United Arab Emirates and Bahrain, with the later additions of Morocco and Sudan.

Comoros has had something of an erratic relationship with Israel over the years. In 1994 it announced the establishment of diplomatic ties with Israel but the move did not materialize. In 2013, Comoros – under Turkish influence – pursued legal action against Israel in the International Court of Justice in The Hague over the deaths of Turkish citizens in the Mavi Marmara flotilla.

The Foreign Ministry said that “Israel does not comment on the issue of other countries that may join the peace treaty.”

“Every Arab country in the Middle East, even the hostile countries, we have direct and indirect relations with them. I see on the far horizon that all the countries of the Middle East will be within a union,” the minsiter said.

The interview was held during Frej’s recent visit to the United Arab Emirates. The Gulf state established diplomatic relations with Israel in 2020 along with Bahrain, with the later additions of Morocco and Sudan.

The minister said that 250,000 Israeli Arabs have visited the UAE over the previous six months.

Frej called the Abraham Accords a “historical event and a turning point in the whole region,” adding that the pact signed at the White House last September “led to movement and dynamism at the commercial, strategic, and political levels, after a period of stagnation.”

The minister further said that he met with UAE Foreign Minister Sheikh Abdullah bin Zayed during his visit to the Gulf state and that discussions took place on the role that Israel’s Arab population can play in developing relationships with the Arab world, saying that Israel’s Arab minority “must have a positive role, as a bridge to link Israel’s relations with the region.”

Despite Frej’s statement, last week Qatari Deputy Prime Minister and Foreign Minister Mohammed bin Abdulrahman bin Jassim Al Thani ruled out an Abraham Accords-style normalization of relations with Israel as long as “there is no prospect” of resolving the Israeli-Palestinian conflict.