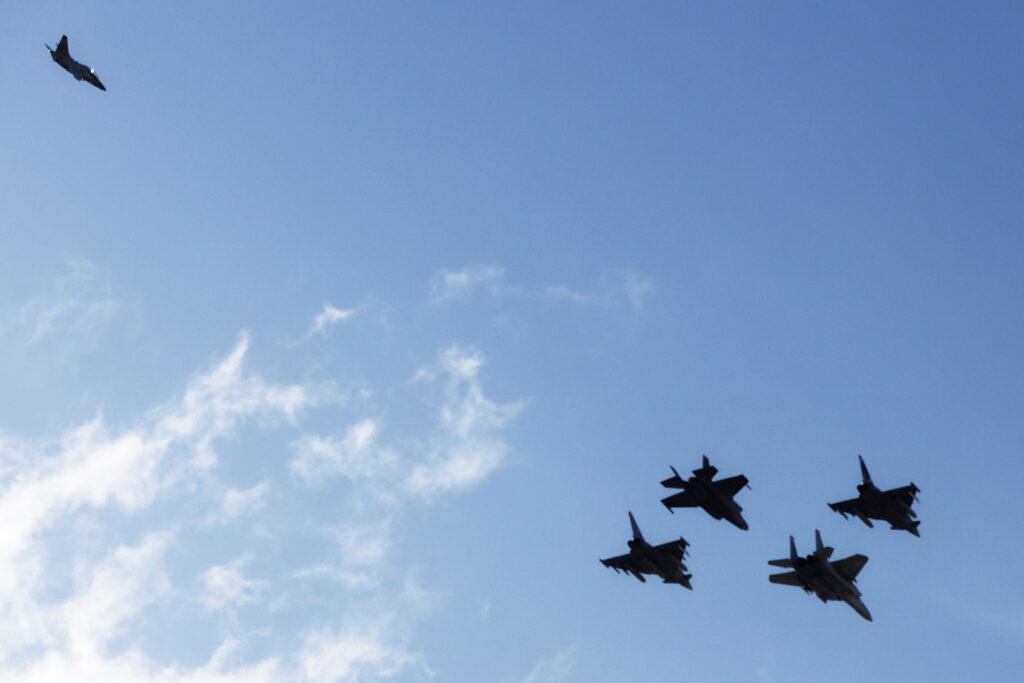 German Luftwaffe aircraft flew over Israeli airspace on Sunday, the first time since World War I. This time, though, they were on our side.

Israeli and German Air Force planes conducted a flyby over the Knesset in Yerushalayim on Sunday afternoon as a display of the close cooperation between the two countries and their militaries, the Israel Defense Forces said.

“The flyby expresses the strong partnership and connection between the air forces and the countries, as well as the commitment to continued cooperation in the future,” the IDF said.

Earlier on Sunday, the heads of the IAF, Maj. Gen. Amikam Norkin, and the Luftwaffe, Lt. Gen. Ingo Gerhartz, visited the Yad Vashem Holocaust museum in the capital.

Sunday’s event was a continuation of a commemorative effort that began last August, when Israeli jets flew over the Dachau concentration camp site and the Fuerstenfeldbruck airfield, where 11 Israeli Olympic athletes were killed by Palestinian terrorists in 1972.

The commanders themselves participated. Norkin flew an F-15 fighter jet to lead the Israeli contingent, which included an F-35 stealth fighter, while piloted a Eurofighter that was painted in the colors of the German and Israeli flags.

The flyby begins a multinational aerial exercise, dubbed Blue Flag, which is being hosted by the Israeli Air Force this month.

Six other countries were set to do another flyby over Yerushalayim and Tel Aviv later in the day: the United States, United Kingdom, Italy, France, Greece and India.