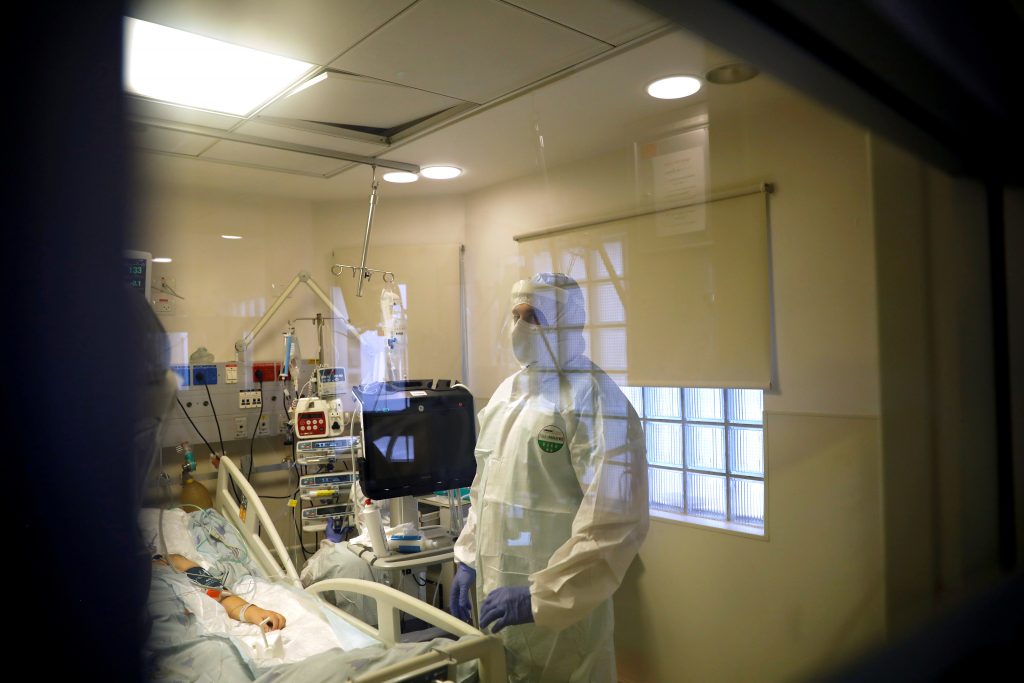 No new coronavirus deaths were reported in Israel in the previous 24 hours, b’chasdei Shamayim, for the first time since the beginning of the fourth wave, the Health Ministry’s data showed on Thursday morning.

According to the daily COVID update released, the death toll stood at 7,959, the same figure as of Wednesday morning.

As the morbidity in the country began to slow down in the past few weeks, the number of daily deaths has also been decreasing. Between mid-August and mid-September, on most days over 20 people succumbed to the virus, with a peak of 36 individuals on Sept. 7. In the past week, the highest deadly toll has been 14.

The number of serious patients has been declining for three weeks, dropping to 403 on Thursday, 60 less than on the previous Thursday.

Israel currently has 22,000 active virus carriers. At the peak of the wave there were over 80,000 active cases.