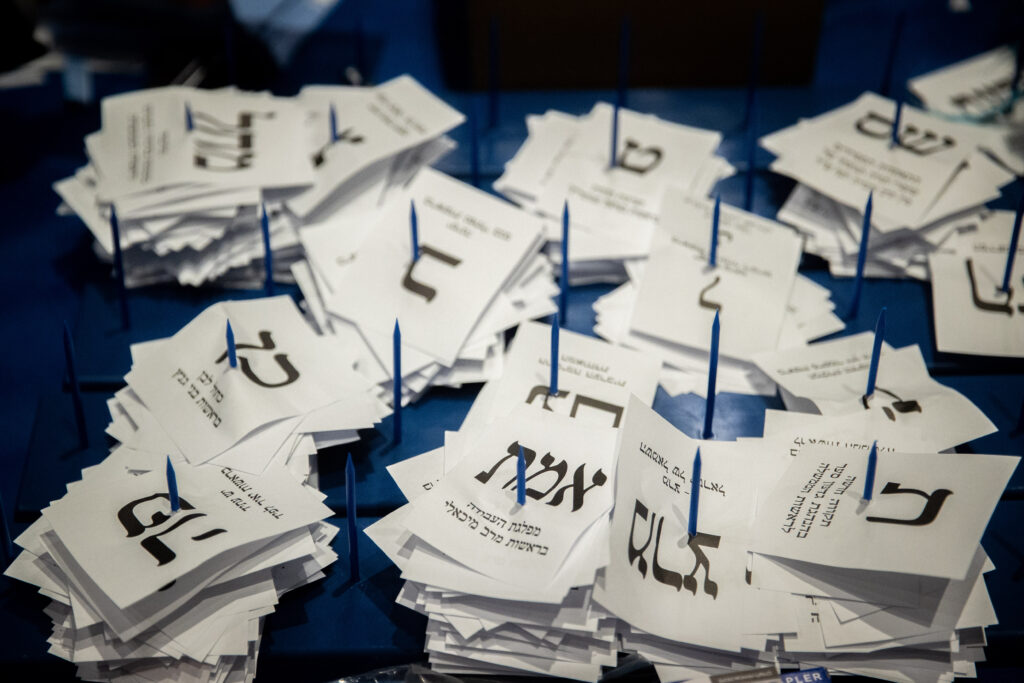 A poll released on Tuesday night indicated that if Yuli Edelstein would lead the Likud party in elections held today, he would be able to form a government, beating out both Binyamin Netanyahu and Yair Lapid.

The Channel 12 poll found that while under Edelstein Likud would win only 20 seats, compared to 34 under Netanyahu, he would be able to put together a coalition with parties who refuse to serve with Netanyahu, such as Yamina, New Hope and Blue and White.

The findings come out just hours after Edelstein, Likud’s No. 2, announced his intention to run against Netanyahu for the party leadership.

“It’s either Lapid or me,” Edelstein tweeted after seeing the poll, referring to the fact that the Yesh Atid leader is set to become prime minister in 2023 as part of a rotation deal with Naftali Bennett.

Edelstein said that the poll shows he could potentially form a right-wing government “by tomorrow morning,” which Netanyahu could not.

The breakdown was as follows, if Netanyahu heads the Likud list:

Among Likud members polled by the network, Netanyahu swamped Edelstein completely: 68 percent say they disagree with Edelstein’s statement that a Netanyahu-led Likud won’t return to power, 17% agree, and 15% say they don’t know.

And 86% of the Likud voters say they would back Netanyahu in party primaries, while 6% back Edelstein, and the rest were undecided, according to the survey. Likud primaries are not currently scheduled to be held in the near future.

Given those numbers, the Edelstein-led Likud would seem to be a logical impossibility, since the party will not agree to be led by him. Unless Netanyahu would resign or something would happen to shift Likud members away from him.

Earlier in the day, after Edelstein’s candidacy was announced, but before the poll came out, New Hope leader Gideon Saar said that he could work with a Likud party not led by Netanyahu.

“If Likud will bring another candidate, it will be natural to cooperate, not only for New Hope but for other parties,” he said.

“Everything’s open. If they elect another leader, everything will be open. Yuli is right that keeping Netanyahu will keep Likud in the opposition.”