Israel Covid Testing for Kids Off to Shaky Start
CoronavirusIsrael 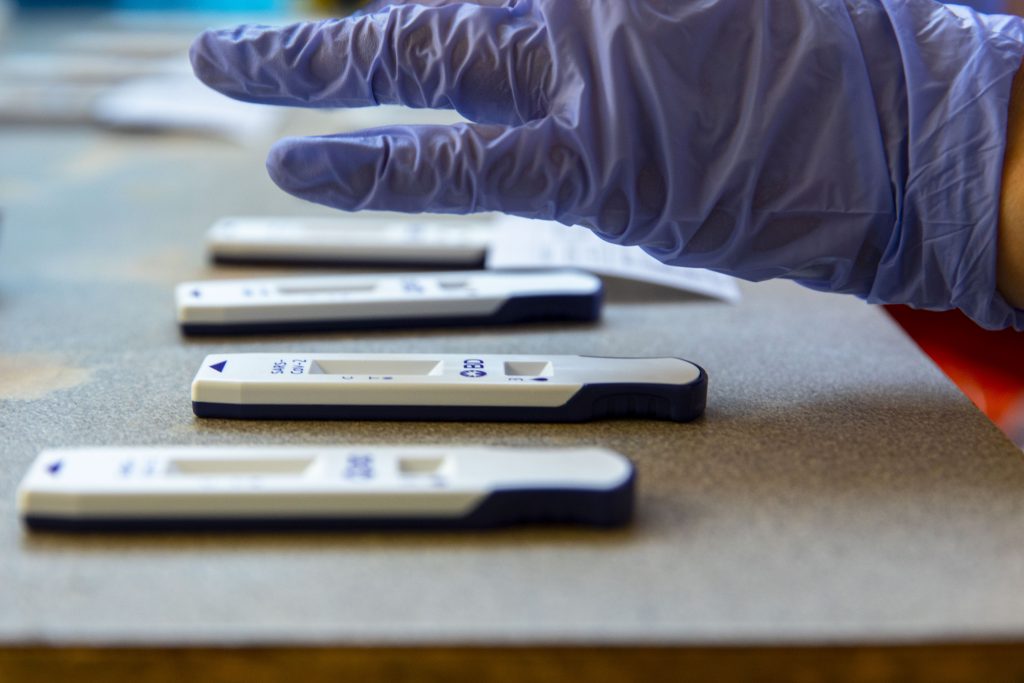 With the new school year fast approaching, the first day of serological and rapid Covid testing on Sunday did not augur a smooth opening.

Technical problems were blamed for long lines and delays at testing stations, causing many parents to give up and go home without having their children tested.

The testing program is an essential part of the government’s plan for a safe school opening on Sept. 1, and the glitches will have to be fixed quickly if that plan is to be realizable.

At serological testing centers being operated by the IDF Home Front Command, an online registration system crashed, forcing soldiers to write down details of children being tested, which slowed the process, Ynet reported.

“There are a ton of parents here and only a few managed to get the test done,” one woman at a testing site told Ynet. “It’s very crowded here and not everyone is wearing masks.”

Sunday was the first day of nationwide serological tests for kids ages 3-12, being held by the IDF at more than 400 locations across the country.

The IDF Spokesman’s Office said that its manpower will “be reinforced and diverted as necessary” to meet demand, and that the IDF is in “constant communication with authorities.”

Defense Minister Benny Gantz has authorized a call-up of 6,000 reservists to work at man the testing stations, which are to stay open until at least September 2.

Meanwhile, in another trouble spot on Sunday, long lines and confusion were reported at rapid coronavirus testing stations run by Magen David Adom.

MDA said the delays were being caused by “a problem with the communications system of the Cellcom company, which is facilitating the rapid COVID testing system.” MDA also promised to deploy additional staff to reduce the crowding and delays.

Beginning last week, all children ages 3-12 must show a negative COVID test in order to enter most public attractions, leading to the setting up of dozens of rapid testing sites nationwide. Many parents have complained of long lines, overcrowding and extended waits before they receiving test results at the sites.

It was not immediately clear if the technical problems at the rapid testing sites and the serological testing sites were connected.

Another, non-tech issue emerged, as well: Many small children were slow in cooperating to have their fingers pricked for the blood test, with much crying and refusals, according to Channel 12.

The coronavirus cabinet is scheduled to meet at 8:30 p.m. on Sunday at the Prime Minister’s Office to discuss the school opening.