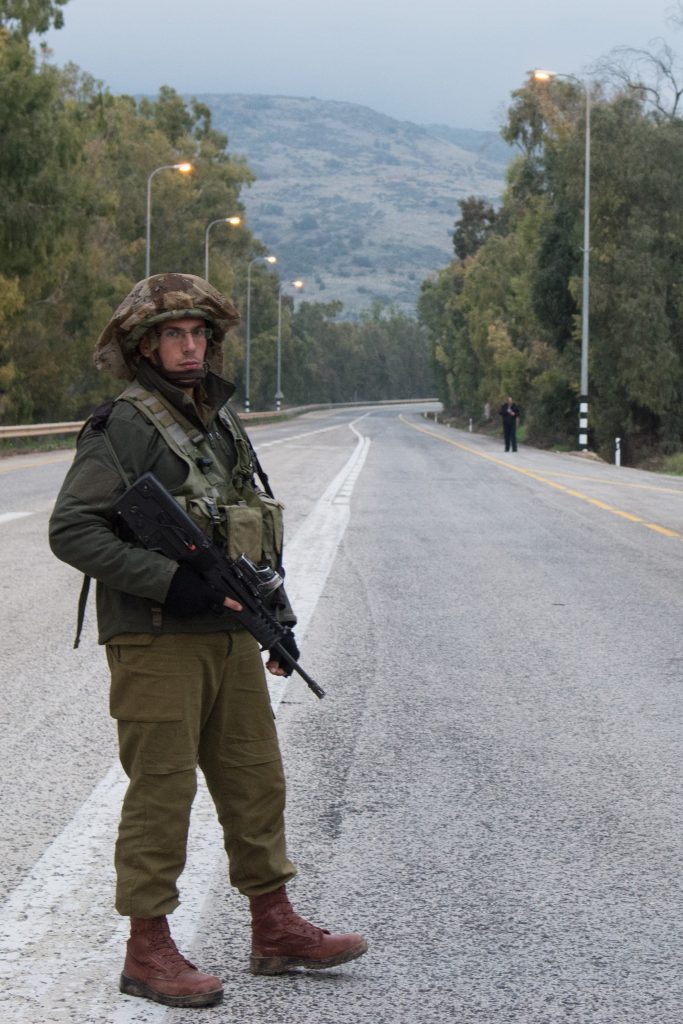 The Israel Defense Forces on Wednesday revealed the location of a Hezbollah weapons storage facility across the street from a school in the southern Lebanese village of Kfar Ebba.

The IDF accused the terrorist group of hiding rockets, military-grade explosives and other weapons in a residential building just 25 yards from a school with 300 students.

The military posted satellite images of the site, showing a four-story building opposite the Ebba Public School, along with its coordinates, as it would be a potential target in a future conflict with Hezbollah.

It estimated that an explosion of the weapons cache would be roughly half as devastating as the Beirut explosion of last year that killed at least 211 people and badly damaged a large part of the city. That too was believed to be a Hezbollah warehouse for explosive materials.

“Hezbollah intended to use this against IDF soldiers and citizens of Israel. This storehouse was located in the heart of a civilian population in Lebanon, mere meters from a school,” the IDF wrote.

“Like this target, there are thousands of similar ones belonging to Hezbollah, which endanger the lives of Lebanon’s citizens,” it added.

A report released last year by the ALMA Research and Education Center found that there are at least 28 missile launching sites belonging to Hezbollah in civilian areas in Beirut.

“Almost all of the sites are in southern Beirut, an area controlled by Hezbollah, and are located in civilian neighborhoods, inside private houses, medical centers, churches, industrial sites, public offices, fast food chains, as well as in open spaces nearby, hence activating the “human shield” tactic,” the report read.

The decision to publicize the information at this time appeared to be tied to a broader emerging belief in the IDF that it needs to establish its justifications for attack on such targets ahead of and during conflicts, in order to pre-empt international condemnations, The Times of Israel said.