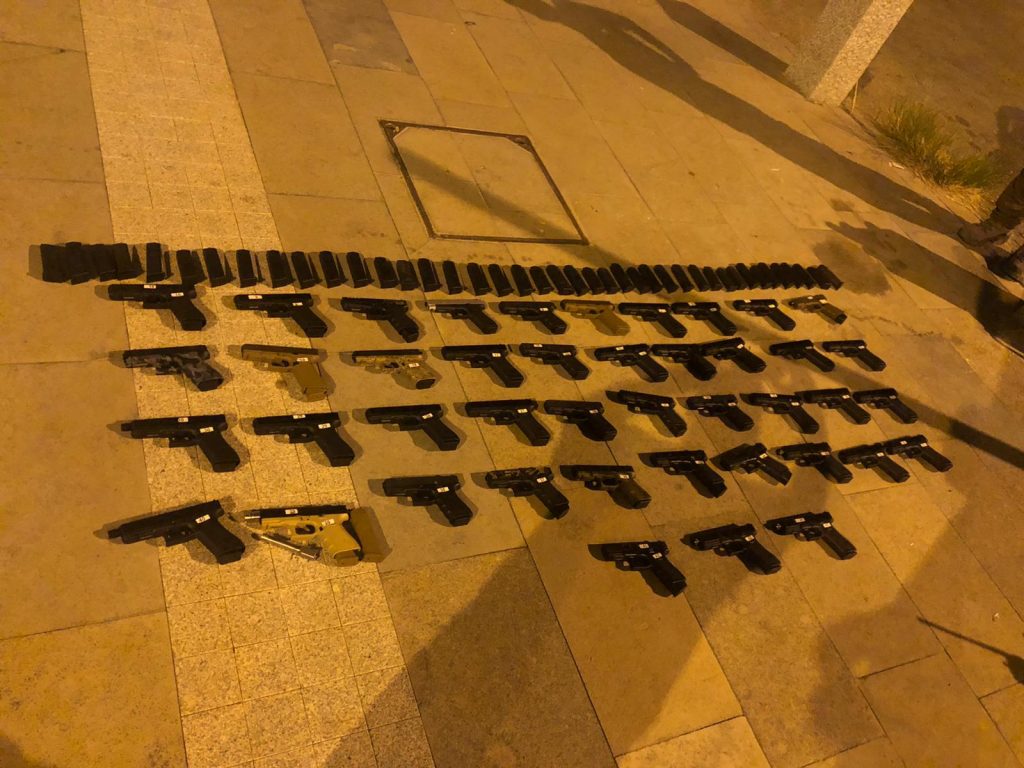 Israeli security officials believe dozens of weapons seized on the Lebanese border overnight as they were being smuggled into the country were destined to be used in terror attacks inside Israel, according to reports on Motzoei Shabbos.

According to reports, officials believe the weapons and ammunition were meant for Arab Israeli terror operatives, with backing from Lebanese terror group Hezbollah.

Security officials told Channel 13 the captured cache was “the largest smuggling attempt in years.” Channel 12 was told defense officials couldn’t remember such a significant attempt, in terms of the number of weapons involved and their quality.

Overnight Friday, security forces foiled the attempt to smuggle, from Lebanon into northern Israel, 43 handguns and ammunition worth some NIS 2.7 million ($820,000), according to police estimates.

Police and the IDF announced that they were investigating whether it was carried out with the help of Hezbollah.

As Lebanon faces a major financial crisis, Hezbollah is believed to prefer arming others for an attack within Israel, rather than direct aggression on the border, officials told Channel 12.

A Hezbollah attack on the border itself would likely result in a clash with the Israeli army, which could lead to an all-out war in Lebanon.