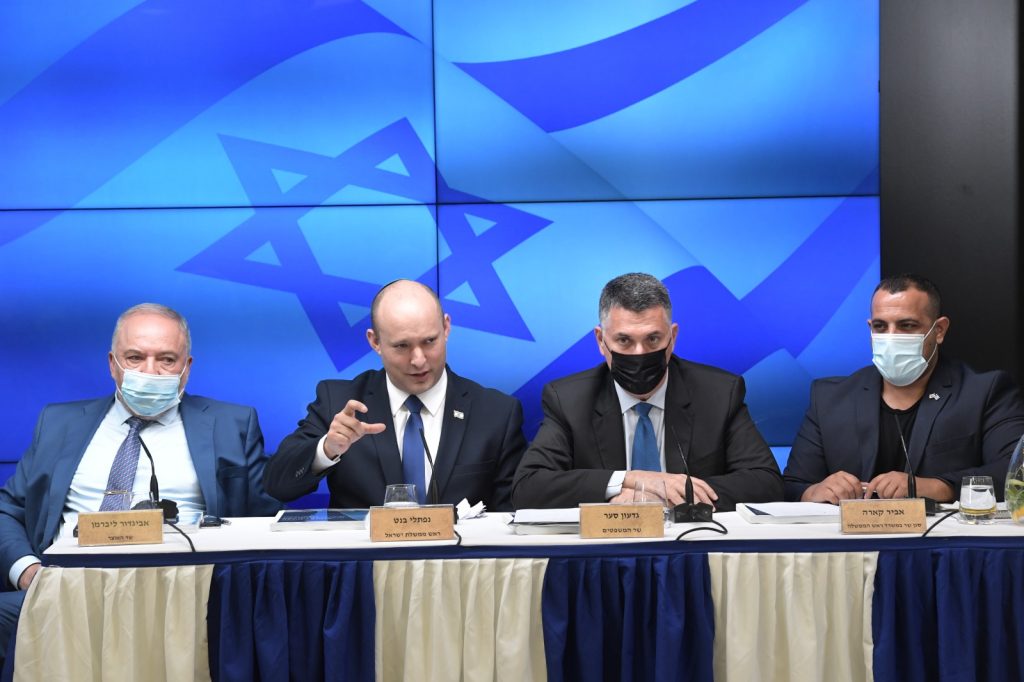 The Israeli government has declared the opening of its latest battle in the never-ending war on regulation and bureaucracy, with a plan it claims will lead to some 6% growth in GDP per capita within a decade, worth almost 75 billion shekels.

At a press conference on Tuesday with Prime Minister Naftali Bennett and Justice Minister Gideon Saar, Finance Minister Avigdor Liberman said that “these changes will save 7 billion-8 billion shekels a year, and will help us to avoid raising taxes in the future.”

Officials cited the OECD estimate that improving regulation in Israel, even just to the OECD average, will increase GDP per capita by 3.75% within five years and 5.75% within a decade (about NIS 75b.).

Said Bennett: “Our government is a government that cares about citizens and is engaged in making corrections. We have come to deal with genuine problems. Prices in Israel are very high. We are not prepared to accept this reality and need to tell the truth: The main factor, both for complications for businesses and for the cost-of-living, is government itself, Israeli governments. Instead of making life complicated, we need to level out the path. All of this is going to change. The government needs to serve citizens, not make them chase after it with stacks of forms. Therefore, we are all here. Today we are announcing the first step in our flagship economic plan for the self-employed and business-owners in Israel. Our goal is clear and our test is simple – to significantly reduce the bureaucracy over the businesses and citizens in the State of Israel.”

Noting the prospective easements for small and medium-sized businesses, Bennett said, “Part of the reason that Israel’s hi-tech sector is so successful is that it is not subject to all of the types of regulations that a pizzeria in Rishon Lezion has to follow.”

Among the changes being considered: Establishment of a regulatory authority to examine, measure, coordinate and report on the matter; creating a system for defining the guiding principles for smart regulation; auditing existing regulations, measuring effectiveness and costs and require an “adopt or explain” approach to many existing regulations; streamlining the licensing application process for businesses.

Saar summed up the situation, noting the that deregulation efforts in the past have not been hugely successful:

“A deep process of deregulation is long overdue. Over the past decade, we heard many words and speeches about deregulation but very little was actually done. Regulation is essential but it must be put into a framework. We need a policy and law that will organize regulation in Israel and make it balanced and logical. We will deal with the excessive regulation that has accumulated in layers. We will create an annual plan for regulation that will ensure advance planning and certainty for businesses and, mainly, we will ensure that regulators internalize the costs to the public and oversee orderly processes,” he promised.