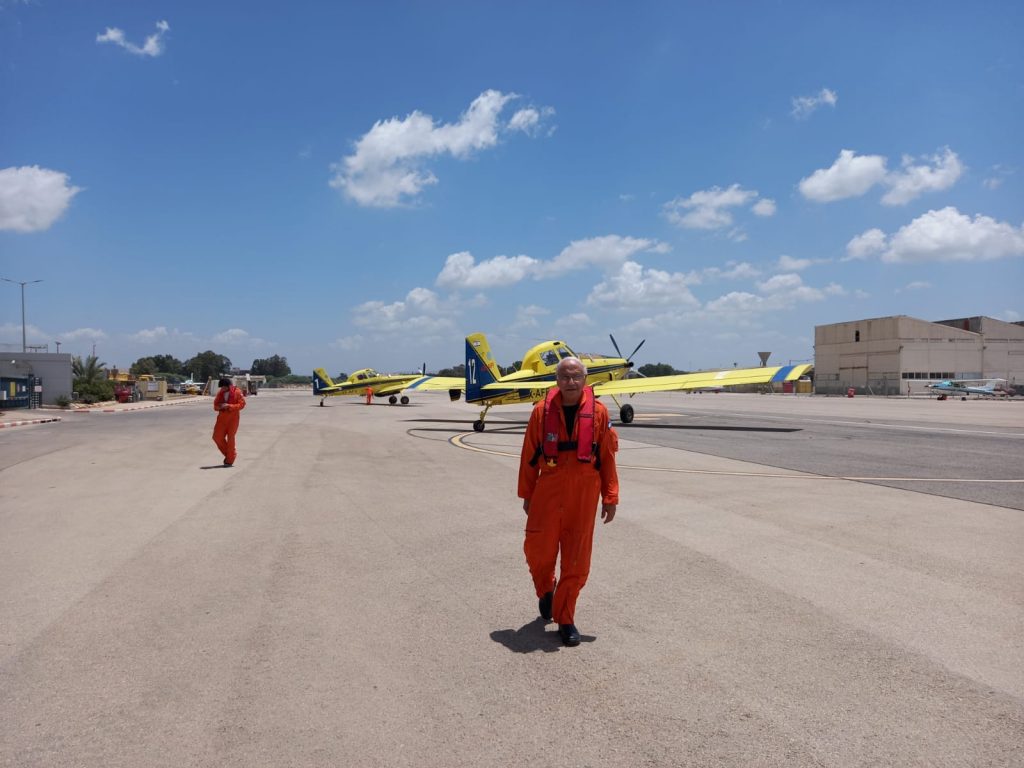 On Sunday afternoon, a joint aid delegation of the Israeli Air Force and the Israeli Fire Squadron “Elad,” departed in order to assist Cyprus in efforts to put out fires that broke out in the central area of the country.

The Aid Delegation will include the arrival of the IAF’s “Karnaf” (C-130 Hercules) aircraft, as well as two “Air Tractor” firefighting aircraft belonging to Israel’s Fire Squadron “Elad.” The IAF aircraft will be carrying 20 square meters of flame retardants and technical equipment that will be used by Israeli Police’s Firefighting Squadron.

The delegation will be led by Maj. O, who until recently served as the Deputy Head of the Squadron. In addition, four firefighter pilots and an air assistance officer will be participating. They are expected to begin their operational activity in accordance to the operational assessment that will take place with their arrival.

Four people were found dead on Sunday as the fire raged for a second day in Cyprus, razing tracts of forest and gutting dozens of homes in a blaze one official called the worst on record, said Reuters.

The blaze, fanned by strong winds, affected at least 10 communities over an area exceeding 50 square kilometres (19 square miles) in the foothills of the Troodos mountain range, an area of pine forest and densely vegetated shrubland.

“Its one of the most destructive (fires) we have experienced, unfortunately, with victims,” Cypriot President Nicos Anastasiades told reporters from the area. The state would stand by and support all those affected, he said.

The area includes some of Cyprus’s most picturesque mountain villages. Witnesses said slopes of lush pine or fruit tree orchards had been turned to smouldering black stumps on a barren grey landscape.

“It will take them at least 10 years to grow back. How are we to survive?” said farmer Andreas Costa, 70, who wept as Anastasiades tried to comfort him.

Along with Israel, the EU’s executive, the European Commission, said firefighting planes had departed from Greece to battle the fire and Italy was also planning to deploy aerial firefighters.

The EU’s emergency Copernicus satellite was activated to provide damage assessment maps of the affected areas, the Commission said in a statement.

The cause of the fire, which started around midday on Saturday, was unclear. Cyprus experiences high temperatures in the summer months, with temperatures in recent days exceeding 40 Celsius (104 Fahrenheit).

Police said they were questioning a 67-year-old person in connection with the blaze.