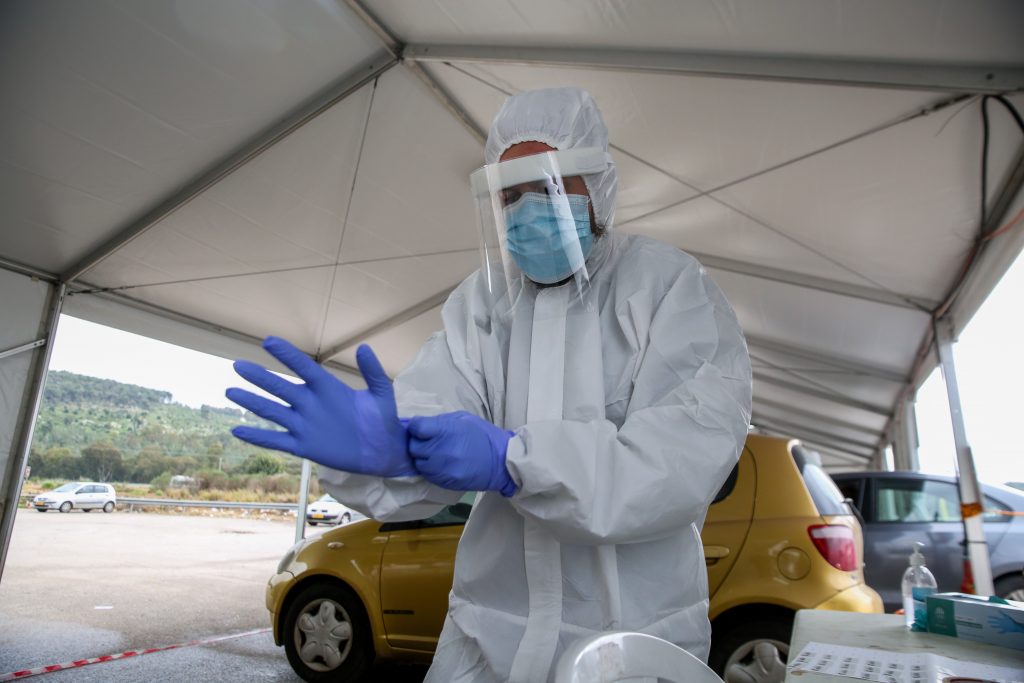 307 new coronavirus cases were identified on Wednesday, according to a Thursday update by the Health Ministry. The figure marks the highest number in over two months. However, June was also the month with the lowest number of COVID victims since the beginning of the pandemic: Only six people succumbed to the virus.

Around two weeks after the new outbreaks began in several Israeli schools, the active cases continue to increase: The country now has some 2,000 active cases compared to less than 200 in the first two weeks of June.

Some 0.6% of the 60,000 tests processed on Wednesday returned a positive result. While the rate remains low – at the peak of the pandemic it was over 10% – it still marks an increase compared to a positive rate between 0 and 0.2 that Israel boasted for several weeks in May and at the beginning of June.

While the number of daily cases in the past two weeks has progressively climbed from 10-20 to several dozens, over 100, over 200 and on Wednesday it surpassed 300 for the first since April, the number of serious patients has so far only slightly increased, reaching 29 on Thursday – on June 19, at its lowest, it stood at 21.

The Health Ministry reportedly expects the number of new cases to jump in coming days, raising concerns that Israel is plunging back toward a crisis.

However, since there is a physiological gap in time between the increase in morbidity and the increase in serious morbidity – usually around two to three weeks – health experts and officials believe that it is going to be crucial to observe what happens in the next few days.

As of Thursday, according to the traffic light system used to classify COVID for all municipalities and regional councils, Israel has four red towns, five orange and three yellow. Until last week, the whole country was green.

Israel recorded its highest number of vaccinations of children this week and has re-imposed a rule requiring people to wear masks indoors.

Interior Minister Ayelet Shaked on Wednesday said officials are prepared to close the airport if the trend worsens.

Haaretz reported that officials are considering bringing back the “Green Pass” system that differentiates between vaccinated and non-vaccinated citizens in access to certain venues and activities.

The government last week postponed the planned reopening of the country to vaccinated tourists over concerns about the spread of the Delta variant.

After a rise in infections over the past 10 days, the government pushed that to Aug. 1, instead of July 1.