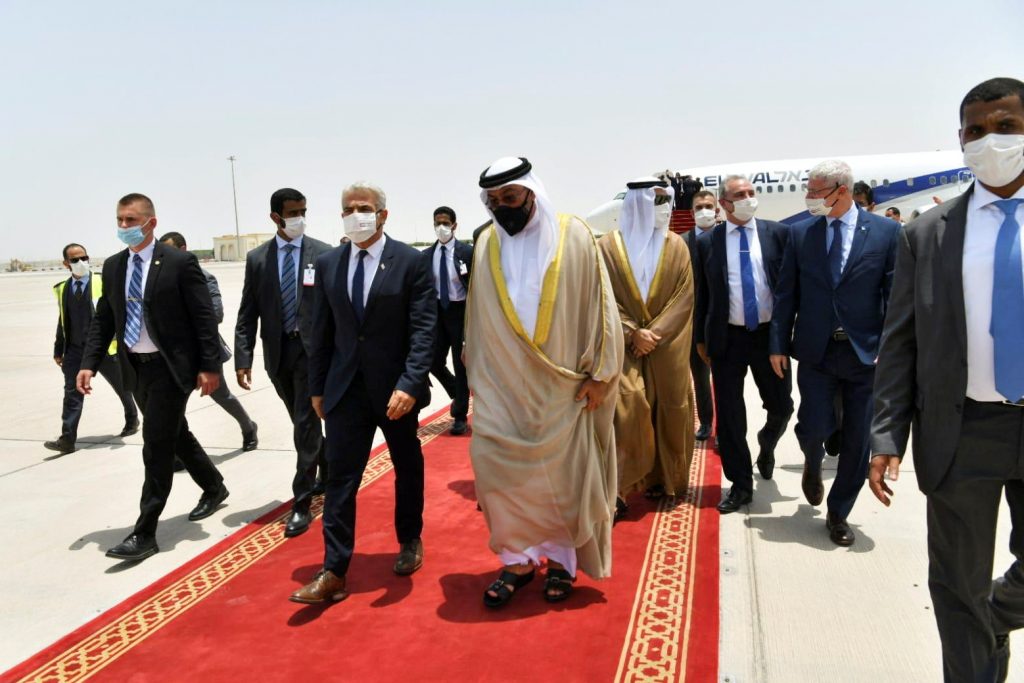 Israeli Foreign Minister Yair Lapid and his Emirati counterpart Abdullah bin Zayed Al Nahyan have signed an economic and trade agreement during a ceremony in the UAE on Tuesday.

The visit, which earlier included the inauguration of the Israeli embassy in the country, marks the first official visit by an Israeli minister to the UAE since the signing of the Abraham Accords.

Lapid quipped during the signing ceremony that he doesn’t know how to sign in Arabic.

Afterwards, he tweeted — in Hebrew and Arabic — that he wrote in the guestbook that “peace is a choice and we chose it together. Israel and the United Arab Emirates are going on the path of peace for the benefit of our nations and the entire region.”

Lapid landed in Abu Dhabi earlier Tuesday, and UAE Minister of State Ahmed Al Sayegh, who is responsible for economic affairs, met him on the red carpet.