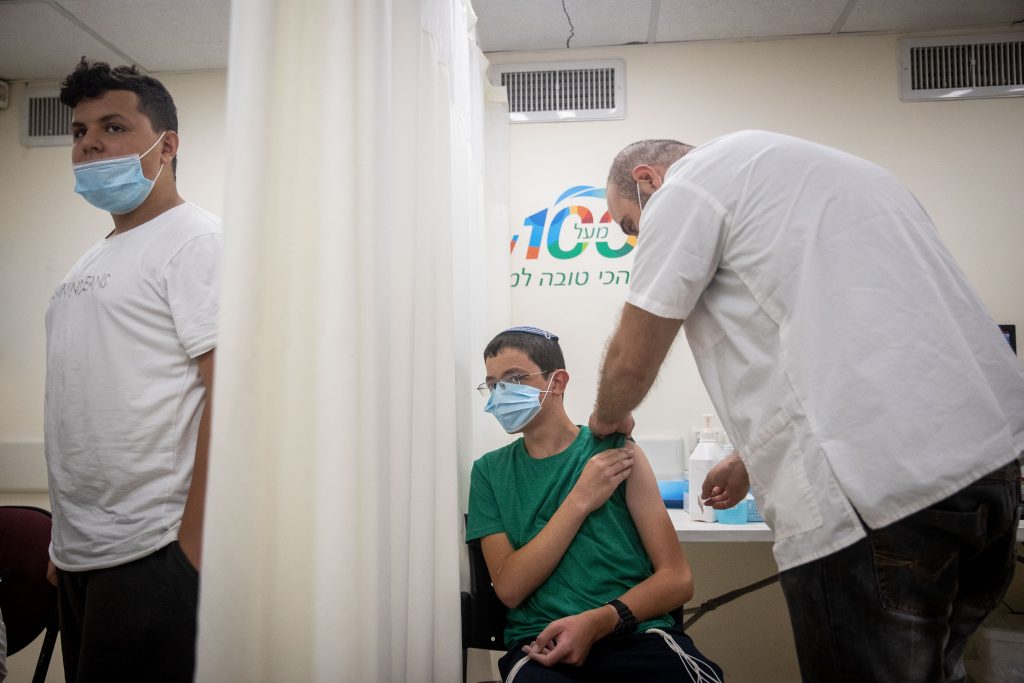 The Coronavirus Cabinet is expected to meet on Sunday to discuss the next steps for managing the increasing number of COVID-19 cases in the country, after the government on Friday restored the obligation of wearing masks indoors and in crowded spaces.

The Cabinet is reportedly considering the following additional restrictions: requiring citizens to wear masks in open spaces, reducing the number of people allowed to gather, and testing unvaccinated individuals before allowing them to take part in certain activities.

However, Health Minister Nitzan Horowitz (Meretz) said that he is not planning to roll out any new restrictions. Rather, he said he would focus on previously announced efforts, such as requiring fines of NIS 5,000 on anyone who breaks isolation, as well as stepping up enforcement of testing and against restricted travel at the airport.

There were 229 new cases reported on Friday, according to a Motzoei Shabbos update by the Health Ministry. For most of June, Israel only registered between 3 and 30 new daily cases, but at the beginning of last week the cases started to increase following several outbreaks in schools. Even so, there are only 26 people in serious condition. At the peak of the pandemic, Israel registered thousands of new cases every day and had some 1,200 patients in serious condition.

According to the new directives, masks must be now worn in all indoor spaces other than a permanent residence. The only exemptions are for children under the age of seven, someone who cannot wear a mask due to a mental or physical disability, or those who are exercising.