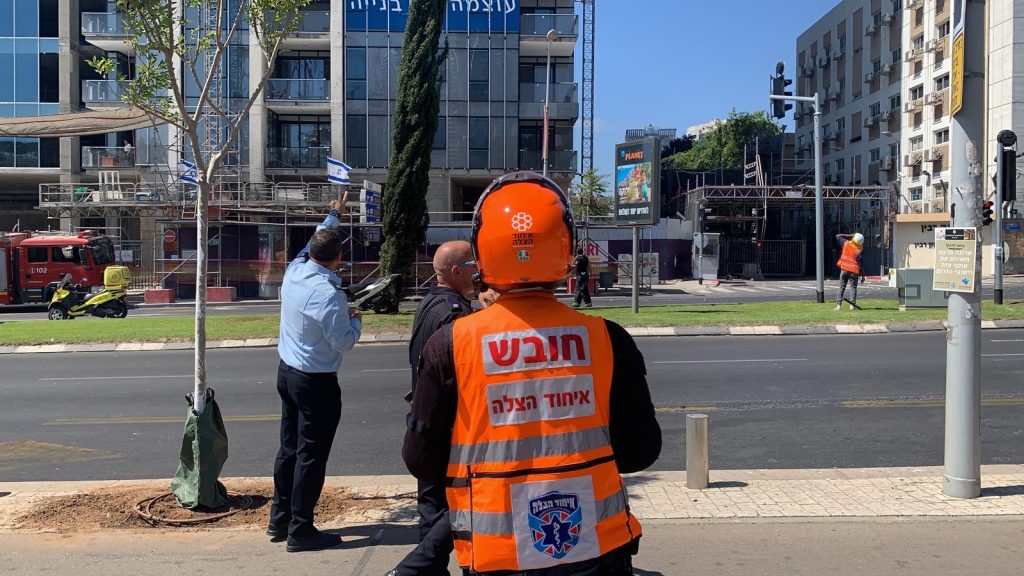 The incident occurred at a work site on Elazar Kaplan Street Sunday afternoon, leaving three people injured, one of them fatally.

United Hatzalah volunteer EMTs responded to the incident and treated two other workers who were injured.

United Hatzalah volunteer EMT Betzalele Sabag who was one of the first responders at the scene said: “According to the other workers at the site, the man was killed when an external elevator collapsed and crashed at the construction site.”

“Sadly, there was nothing we could do for him and his death was pronounced at the scene. Together with other first responders, I treated two other workers who were injured when the elevator collapsed. They are both in stable condition. Due to the nature of the incident United Hatzalah’s Psychotrauma and Crisis Response Unit has been dispatched in order to provide treatment to other workers who witnessed the collapse.”