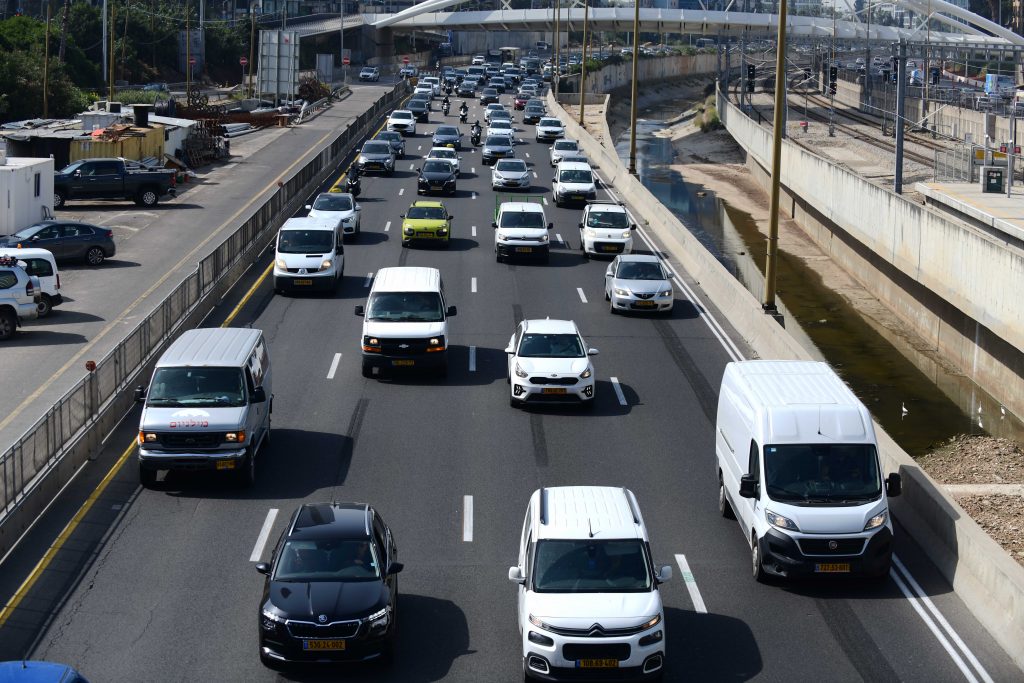 While Tel Aviv waits for completion of a series of mass transit projects, a new tax on cars entering the city during rush hours is also in the works, according to Globes on Sunday, quoting sources close to the matter.

The proposal is not only for Tel Aviv but for all of the country’s large cities, which are experiencing a congestion comeback in the wake of the coronavirus pandemic.

But Tel Aviv is at the top of the list, where a charge of 10 shekels per day is being considered for the hours 7 to 10 am and 4 pm to 6pm. The fee would be collected electronically through by means of roadside cameras or smart chips in cars. However, due to the technological component it is likely to take up to two years to implement the plan once it is approved.

Senior officials in the Ministry of Finance are drafting a plan, to be submitted to Minister Avigdor Liberman, and if approved would become part of the Economic Arrangements Law, linked to the budget

The plan would add an estimated NIS 1.5 billion to the state coffers, of which two thirds would be used to expand the budget for public transport and one third to lower the cost of the annual vehicle license for all drivers.

An OECD report on Israel last December recommended that such a tax, starting with the Tel Aviv area. The report said that the experience of such cities as London and Stockholm, which imposed congestion charges, have been very positive, with waiting time in traffic jams reduced by as much as 30%.

The Ministry of Finance spokesperson declined to comment on the report, and a source close to Liberman said, “The new minister has only just begun his job and will need to form a policy on the issue, which is not the most burning topic on the agenda.”