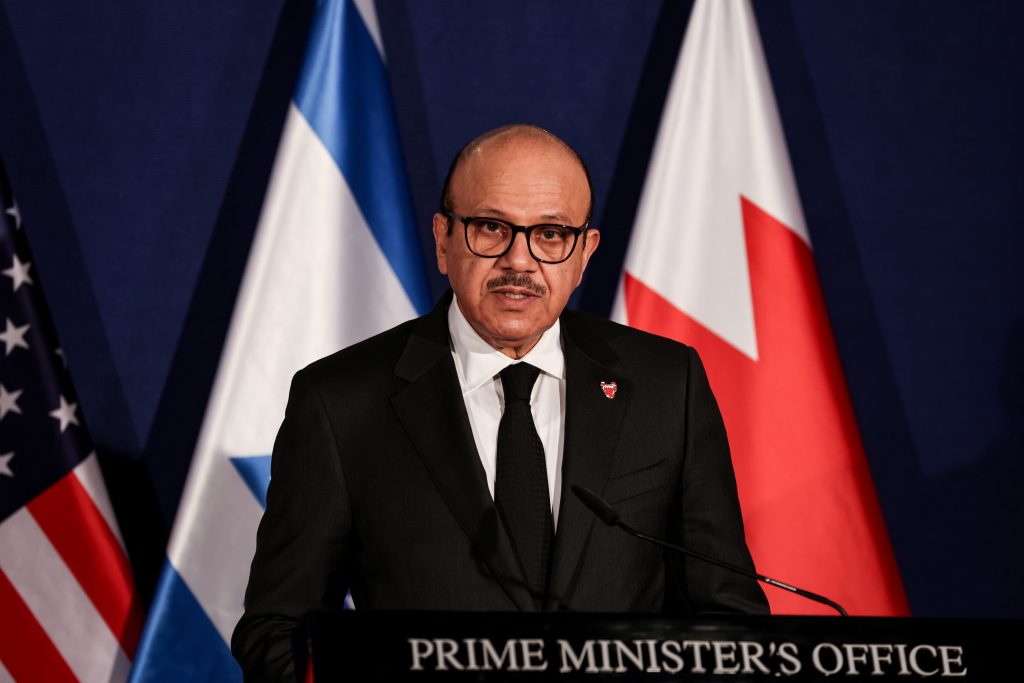 Bahrain’s minister of foreign affairs, Abdullatif Al Zayani, said on Wednesday the Kingdom is communicating with Israel‘s new government to learn about its policy on efforts aiming to bring peace to the region by settling the Palestinian issue in line with the two-state solution.

The communications are “driven by the Kingdom’s approach, which is based on understanding, dialogue and cooperation among people,” the Foreign Ministry said in a statement.

Bahrain agreed to normalize relations with Israel in September 2020, becoming the second Gulf country to do so, after the United Arab Emirates.

Bennett’s patchwork coalition government came to power on Sunday on a pledge to focus on socioeconomic issues and avoid sensitive policy choices towards the Palestinians.