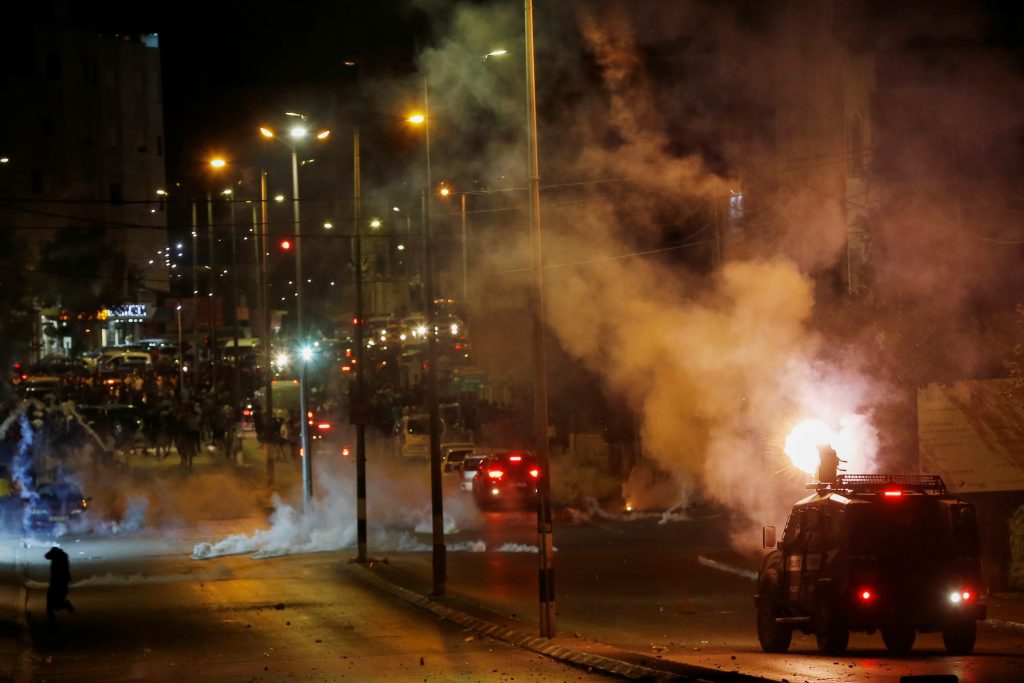 Escalation in the security situation in Yerushalayim and Gaza led Israeli Arabs to take to the streets in violent protest. In a night of riots, vehicles were set on fire, pelted with stones, while protesters set fires on the roads.

One protester was shot dead in unclear circumstances this morning. The incident is under investigation. Eyewitness reports indicate that in an outbreak of violent behavior, shots were fired at a group of protesting Arabs. Four of them were injured and Moussa Hasson, 25, from Lod, was fatally wounded.

The south was subject to rioting Bedouins, who also attacked vehicles and set fires. A bus carrying yeshiva students on Road 80 in the Negev was stoned. Rabbi Eliav Turgeman said: “We were returning from Yerushalayim. We were told that Road 25 is closed, it does not make sense to close a main road like this. I called the police and was told to continue on Road 80. We were stoned a kilometer before Ar’ar junction. The road was blocked with burning tires.”

In the north the main events took place in Haifa and Wadi Ara, but riots broke out in almost all Arab localities, including Bedouin localities in the Galilee. In Haifa, dozens demonstrated in the German colony, confronted the police and threw bottles and stones at them, and set fire to tires.

Following a security consultation held by Minister of Internal Security Amir Ohana with Police Commissioner General Yaakov Shabtai and other senior members of the defense establishment, it was decided to immediately recruit 8 Border Police companies in reserve, to strengthen the presence of police and border guards throughout the country.