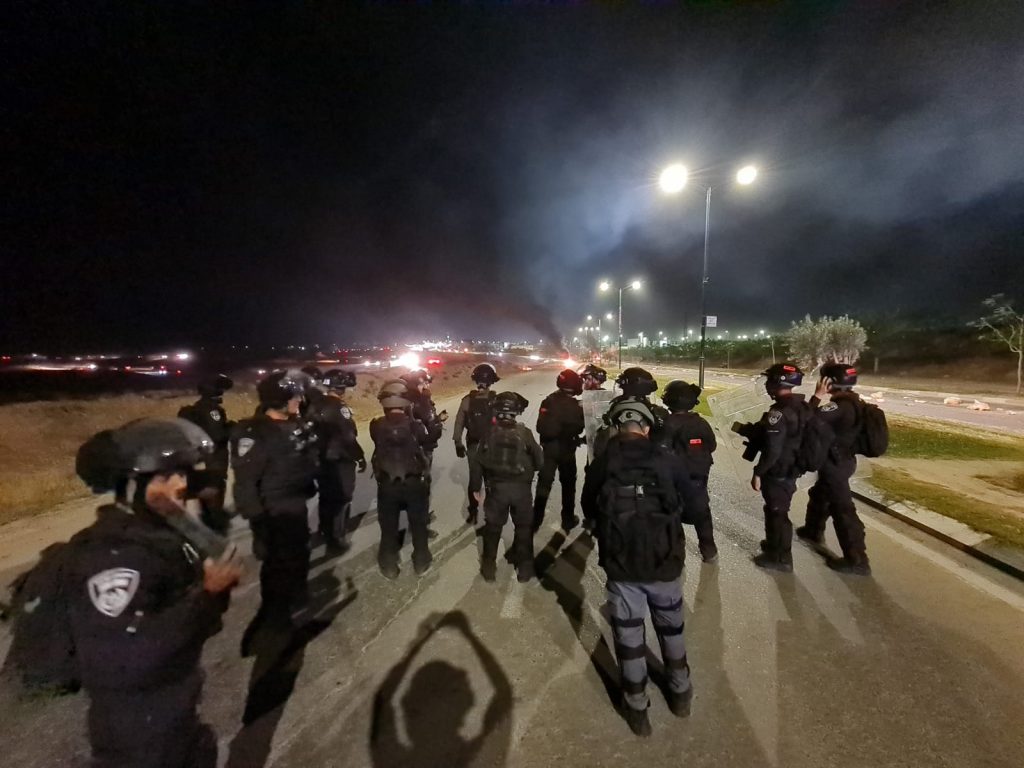 As Israel and Hamas traded aerial assaults on Monday night, violence spread on the ground across the north as Arab Israelis protested police actions at the Al-Aqsa Mosque on Har Habayis.

At least 15 protesters were arrested as thousands took to the streets in Nazareth, Haifa, Shfaram, Segev Shalom and in smaller towns such as Eksal, Kafr Manda, and Nahaf.

Demonstrators threw rocks, shot fireworks, and hurled bottles, the police said, according to The Jerusalem Post.

In Kafr Kanna, a Jewish Israeli who entered the town was “violently attacked” by some residents before others escorted him away.

His car was damaged, the Kan Public Broadcaster reported, based on a video circulating on social media.

There was also serious unrest in Ramle and Lod, including stone-throwing at local buses, according to media reports.