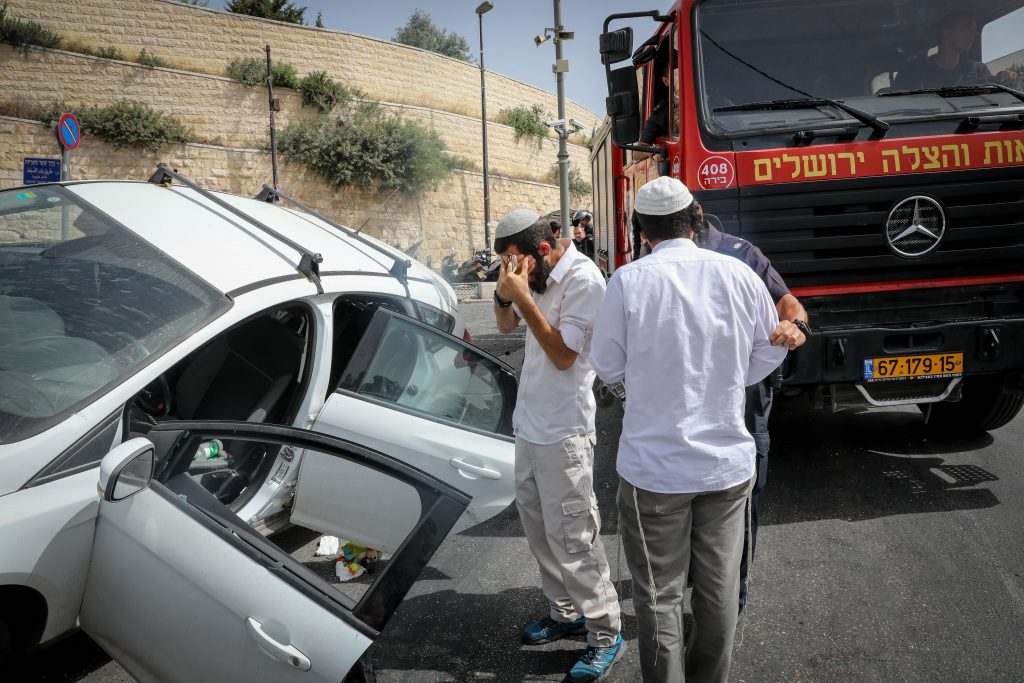 An Israeli man was injured Monday morning after he was assaulted by a mob of Arab rioters outside the Old City of Yerushalayim.

The attack, which took place as Israel celebrates Jerusalem Day, took place outside of the Lions’ Gate Monday morning.

Rioters hurled large numbers of rocks at the victim’s car as he drove by, causing him to crash, with the car overturning.

The Arab mob then tried to lynch the driver, who was saved by the intervention of Israeli police officers.

MDA emergency first responders were dispatched to the scene to treat the driver.