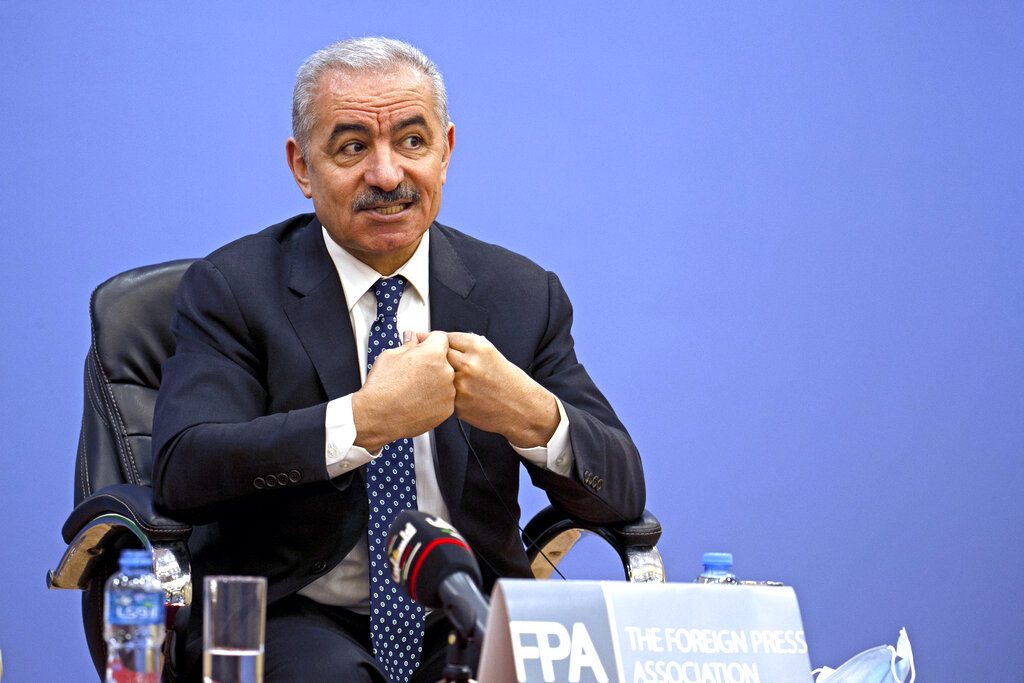 The Palestinian leadership will convene later this week to discuss whether to postpone next month’s elections if Israel does not allow voting in East Jerusalem, where days of violence have ratcheted up tensions.

Palestinian Prime Minister Mohammad Shtayyeh said at a Cabinet meeting Monday that the leadership would discuss the elections on Thursday, when representatives of all the main factions are set to meet.

Palestinian Chairman Mahmoud Abbas, whose Fatah party is riven with divisions and expected to perform poorly in the May 22 parliamentary elections, could cite Jerusalem as a reason for delaying or canceling the vote. That would be welcomed by Israel and much of the international community, which fears the Hamas terror group will gain power and influence in the election.

Those 6,000 voters are unlikely to be decisive in an election in which 2.5 million Palestinians are eligible to cast ballots. But their participation has great symbolic importance. Many Palestinians believe that holding the elections without them amounts to recognizing Israel’s claims to the city.

At a Fatah meeting held Sunday night, Abbas called Jerusalem a “red line,” saying he would not accept holding general elections without the full participation of its residents. He called on the international community to pressure Israel to allow the elections to be held in the city.

But delaying or canceling the elections could prove controversial. Nour Odeh, a parliamentary candidate for a rival list, posted that calling them off would be “an attempt to make the status quo of stagnation & internal failure permanent.”

“Using Jerusalem as an excuse is also cynical. Israel must not [have] veto power over our right to hold elections. This is a battle we must fight and win!” she wrote.

The issue has grown even more fraught in recent days as Israeli police have clashed with Palestinians over restrictions on gatherings imposed during the Muslim month of Ramadan. Palestinian terrorists in the Hamas-ruled Gaza Strip have fired dozens of rockets in recent days in support of the protests, raising the prospect of wider outbreak of violence.

In January, Abbas decreed that parliamentary elections should be held on May 22, following by a presidential election on July 31. They would be the first since 2006, when Hamas won a landslide victory in parliamentary elections. That sparked an internal crisis culminating in the group’s violent seizure of Gaza from Abbas’ forces the following year.