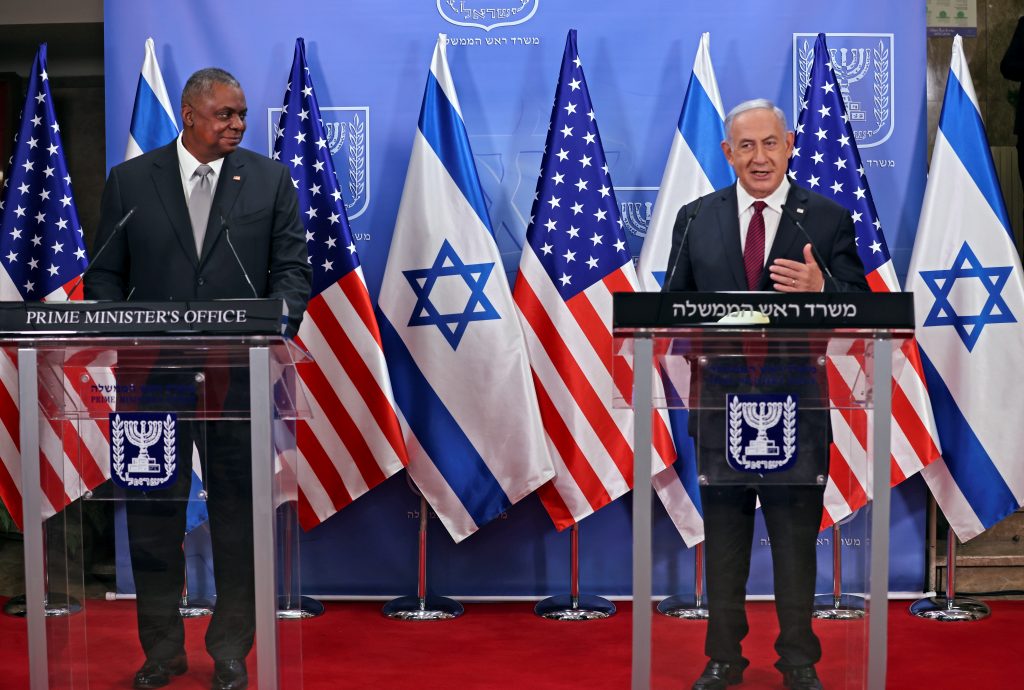 Prime Minister Binyamin Netanyahu said on Monday that Iran has never given up efforts to obtain nuclear weapons and that Israel will not allow Tehran to build them.

Netanyahu, addressing reporters with visiting U.S. Defense Secretary Lloyd Austin at his side, made no comment about Iran’s accusation that Israel had sabotaged its key Natanz nuclear site.

“Iran has never given up its quest for nuclear weapons and the missiles to deliver them,” Netanyahu said. “My policy as Prime Minister of Israel is clear: I will never allow Iran to obtain the nuclear capability to carry out its genocidal goal of eliminating Israel. Israel will continue to defend itself against Iran’s aggression and terrorism.”

Iran says its nuclear program is purely for peaceful purposes.

Austin said that he decided to travel to Israel to “express our desire for earnest consultations with Israel, as we address shared challenges in the region.”

He affirmed the Biden administration’s support for Israel’s security and qualitative military edge in the region.

“And so we discussed ways to deepen our longstanding defense relationship in the face of regional threats and other security challenges and I affirm the department’s support for our ongoing diplomatic efforts to normalize relations between Israel and Arab and Muslim-majority nations,” he said.

“I am confident that together we can chart a path toward enduring peace in this region and advance open and stable order — now, and in the years ahead,” said Austin.

He did not explicitly mention Iran in his remarks.