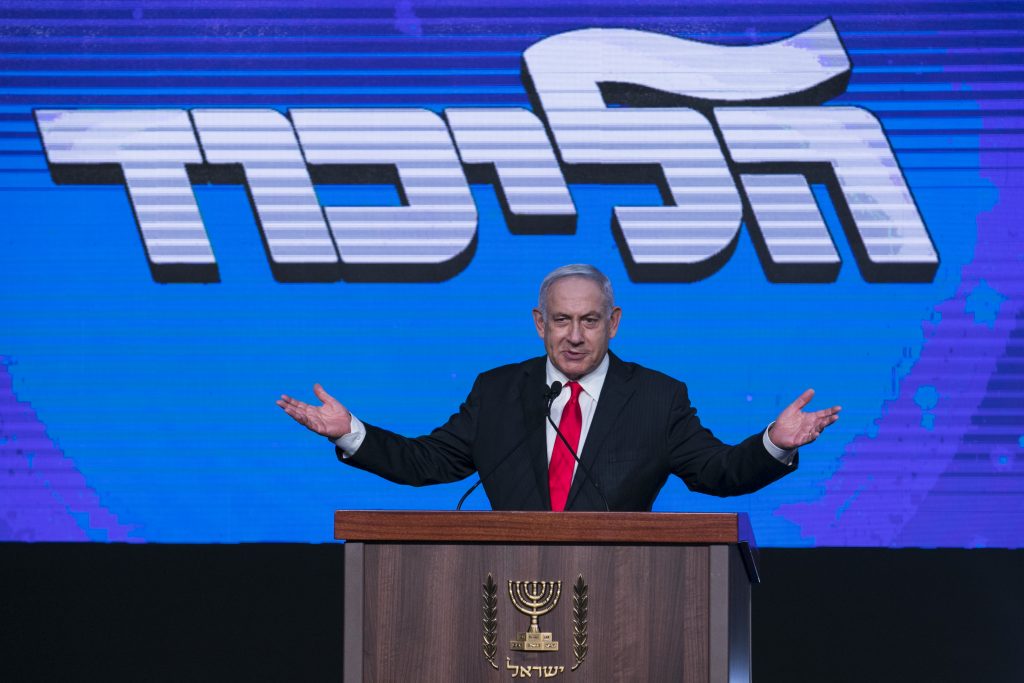 According to Channel 12 news, Netanyahu hoped to persuade Smotrich to put aside his objections to cooperating with the Islamist Ra’am party for one time: to allow a vote to form a coalition which will then immediately fall and the country will go to its fifth elections in two and a half years.

Earlier in the day, it was reported that Smotrich proposed that Netanyahu be voted to succeed Reuven Rivlin as president (his term expires in July), and then continue to govern the country through his Likud ally, Knesset speaker Yariv Levin. Netanyahu would presumably be shielded from prosecution during the seven-year presidential term, though legal challenges would be expected.

“Absolutely not,” Odeh said according to Arutz Sheva. “We do not just want to replace Netanyahu, we want to change Netanyahu’s policy. Does it make sense to replace Netanyahu with Bennett, the father of settlements and racism? We will not replace a racist with another racist.”