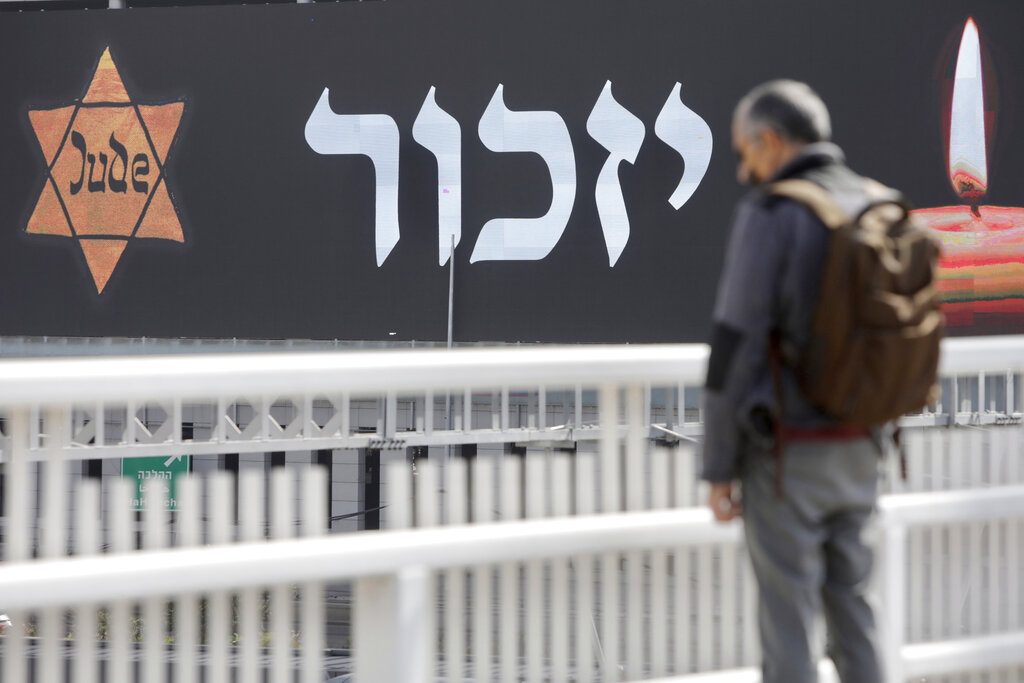 The theme of this year’s International March of the Living, which took place virtually due to the coronavirus pandemic, honored the doctors who, in the most harrowing circumstances, “served as rays of light during the Holocaust,” the event’s organizers said. In 2021, “we salute the relentless commitment of the selfless professionals facing today’s world health crisis.”

“I believe that the healing arts lie on the path of goodness, the same path all of you have chosen in remembering and listening to the voices of those who perished in the Holocaust,” Fauci said.

The enduring lesson of the ages, Fauci said, is not just “that goodness and evil coexist, but that we are free to choose one over the other.”

The scale and circumstances differ between the pandemic’s toll and the Nazi-engineered genocide of 6 million Jews during World War II. But organizers of the annual march said they wanted to honor the frontline workers who treat and counsel people who are suffering, at great risk and cost to themselves.

“We look at the pandemic, it happens once in 100 years. Doctors all over the world are fighting to save people,” said Shmuel Rosenman, chairman of the march. “It think it’s our job as educators to come to the world and say, ‘Listen people. The world cannot afford to forget what happened, [or] not embrace what’s happening now.'”

In an annual custom, Israeli television and radio shifted over to Holocaust remembrance programs, and restaurants and other entertainment shut down.

On Thursday, air raid sirens wailed across Israel. Pedestrians halted on sidewalks. Drivers on the freeways parked in place and stood beside their vehicles for the two minutes of silence.

Throughout, Israel’s public spaces filled with remembrances of those who perished and of those who survived the horrors of the Holocaust. People spoke of how the isolation of the past year’s lockdowns weighed especially heavily on Holocaust survivors, fewer than 180,000 of whom remain in Israel. Some 900 of them died from COVID-19 in 2020, roughly one in seven of the country’s overall death toll.

“This war we are fighting now is very different,” Nachman Ash, Israel’s coronavirus czar, said in an interview.

Even in Israel, Ash said an antivaccination protester outside his home carried a sign referring to the postwar Nuremburg trials of Nazi war criminals.

He said the protests made him think of his father, the only survivor of a family that perished at Auschwitz. “We may think, ‘What’s happened to our lives?’ But the perspective is different when you think of the life of my father and how it changed when he was 14.”

Holocaust education has taken on new urgency given a rise of online anti-Semitism during the pandemic. Research also suggests a lack of knowledge about the genocide among young people, while the number of aging survivors dwindles.