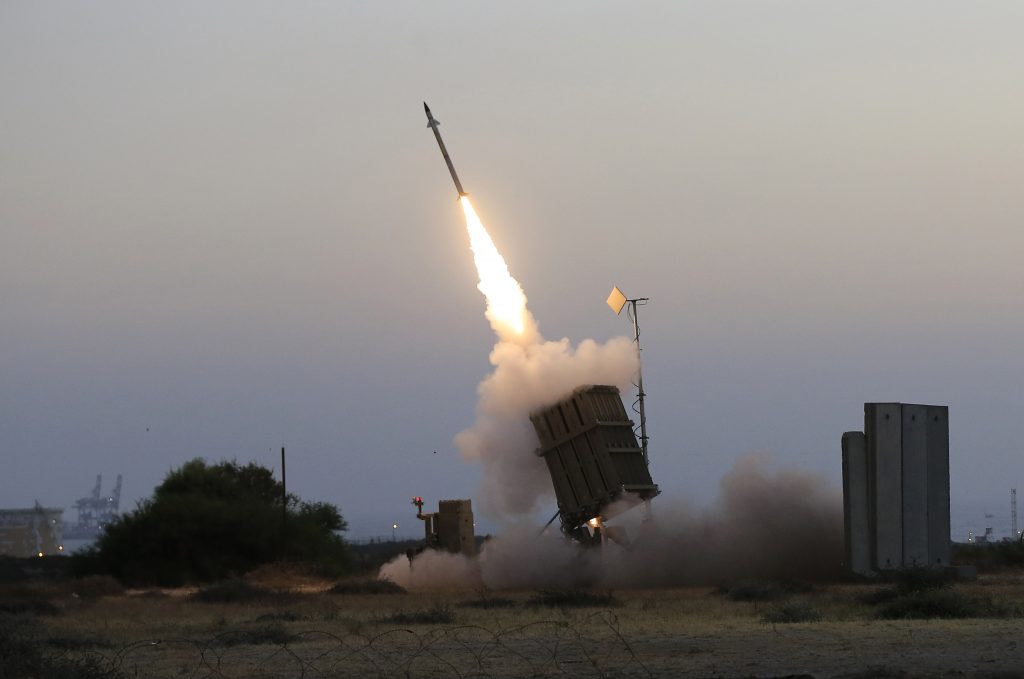 The Israeli Defense Ministry on Tuesday announced the completion of an upgrade of the country’s Iron Dome rocket-defense system to cope with an additional array of aerial threats.

The Iron Dome was developed to intercept short-range unguided rockets and has shot down some 2,500 incoming projectiles fired from the Gaza Strip since it was deployed a decade ago.

In a statement, the ministry’s head of missile defense, Moshe Patel, said:

“Ten years after the first operational use of the Iron Dome, today we are completing a qualitative technological leap in the system’s abilities. In three series of experiments in just a few months, we have upgraded the capacities of the Iron Dome to the next generation of threats.”

Patel said the Iron Dome has completed a series of tests that included successful interceptions of rocket and missile salvos as well as simultaneous interceptions of multiple unmanned aerial vehicles.

The Iron Dome is part of Israel’s multilayered aerial defense system, ranging from systems capable of intercepting rockets fired from short range up to striking long-range missiles outside of the atmosphere.

Patel said the new Iron Dome system would be deployed by Israel’s air force and navy in the near future.