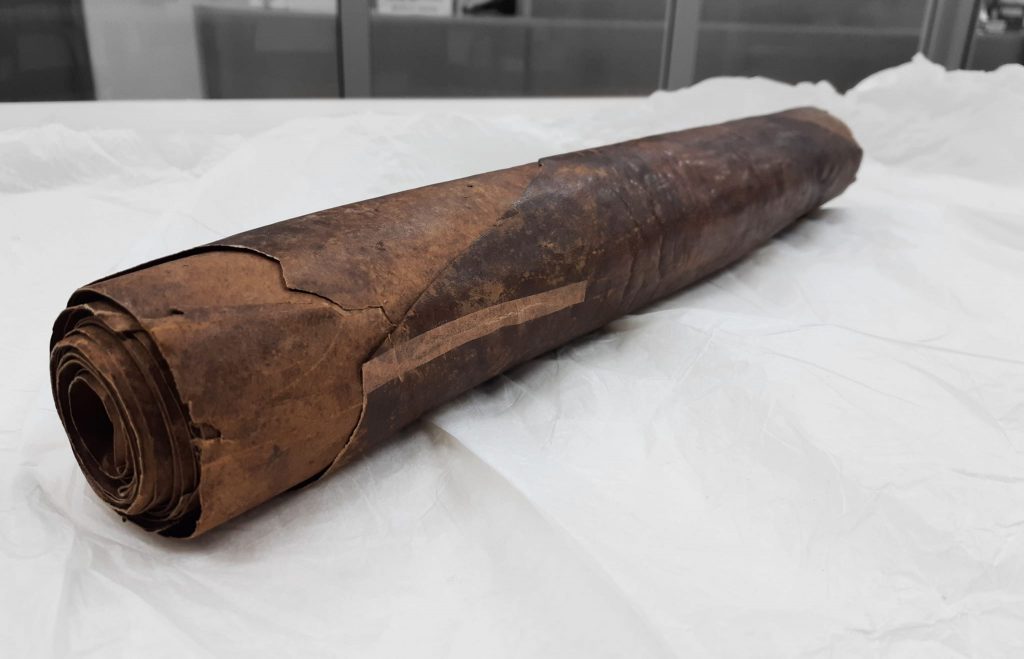 One of the world’s oldest known Megillas Esther has recently been gifted to the National Library of Israel in Yerushalayim, home to the world’s largest collection of textual Judaica, where it has also been made available online for the first time.

Scholars have determined that the newly received Megillas Esther was written on the Iberian Peninsula around 1465, prior to the Spanish and Portuguese Expulsions at the end of the 15th century. These conclusions are based on both stylistic and scientific evidence, including Carbon-14 dating.

The megillah is written in an elegant, characteristic Sephardic script. The first panel, before the text of the megillah, includes the brachos recited before and after the reading of the megillah, and attests to the ritual use of this megillah in a pre-Expulsion Iberian Jewish community.