Israel Pompeo, in Israel, Says He Will Go to Golan Heights
Israel 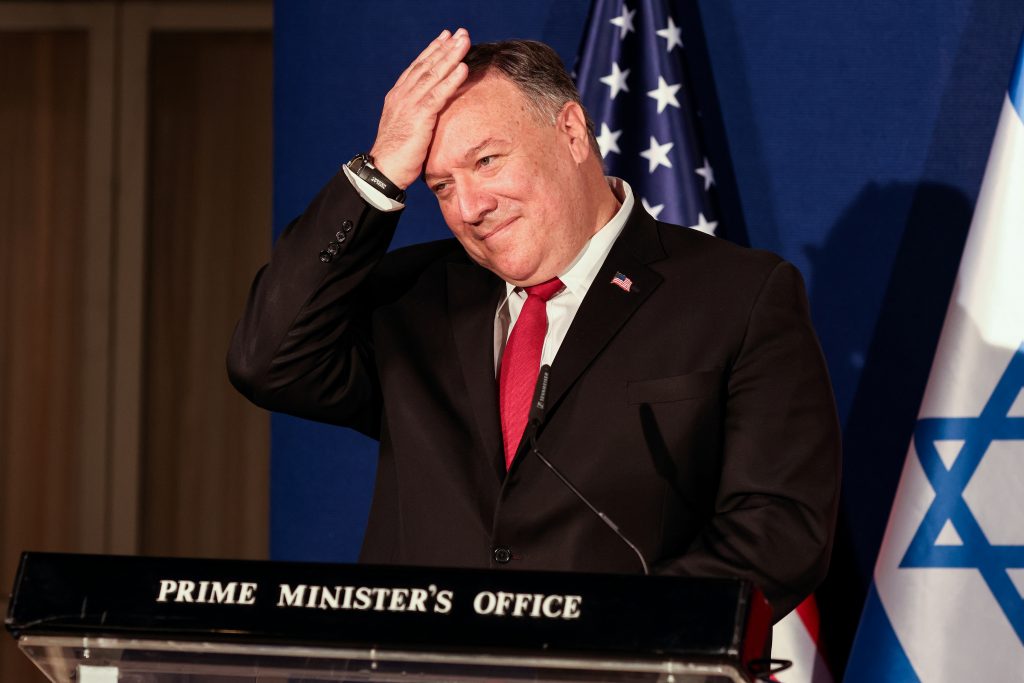 Secretary of State Mike Pompeo said he would visit the Israeli side of the Golan Heights on Thursday, marking the Trump administration’s break with previous U.S. policy on the strategic plateau.

Washington in 2019 recognized Israel’s sovereignty over the parts of the Golan that Israel claimed from Syria in the Six Day War in a move not recognized by the United Nations and most of the international community.

“Today I’ll have the chance to visit the Golan Heights. The simple recognition of this as part of Israel, too, was a decision President Trump made that is historically important and simply a recognition of reality,” Pompeo said in Yerushalayim.

Israel says the Golan – which overlooks northern Israel, Syria, Lebanon and Jordan – is a bulwark against Syria and Iranian forces based there. On Wednesday, Israel launched air raids against what it called a wide range of Syrian and Iranian targets in Syria in retaliation for an attempted bomb attack.

Prime Minister Binyamin Netanyahu thanked Pompeo and Trump for their Middle East policy. Pompeo, who announced new U.S. sanctions on Iran while in Israel, said Washington would also step up action against pro-Palestinian efforts to isolate Israel economically and diplomatically.

“I want you to know that we will immediately take steps to identify organizations that engage in hateful BDS [Boycott, Divestment and Sanctions] conduct and withdraw U.S. government support,” he said during their meeting in Yerushalayim.

“We will regard the global anti-Israel BDS campaign as anti-Semitic,” Pompeo said.